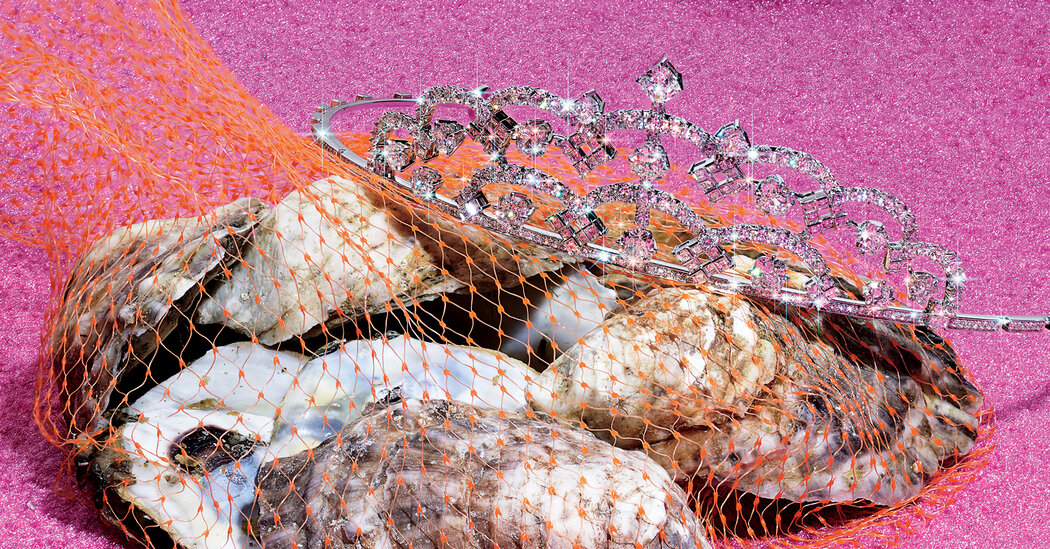 A tiara is never worn casually. Unlike a necklace or bracelet, which can be little more than a simple rope or chain offhandedly draped around the neck or wrist, diadems are, by definition, grand. The early Greeks replaced laurel and olive wreaths with gold versions in increasingly complex styles. During the 18th century, gemstones became the focus and the tiara morphed from a unisex accouterment into a female-identified one. Napoleon, a die-hard neo-classicist, was a particular champion — he lavished tiaras on both wives — as was Queen Victoria, whose example was followed by the ladies of her court. This design, by Cartier, the Paris-based house that has been crafting tiaras since the turn of the 20th century — including the 1936 Halo commissioned by King George VI for his wife, Queen Elizabeth, the Queen Mother, and later worn by Kate Middleton, the Duchess of Cambridge, at her wedding in 2011 — continues that tradition. Made of 18-karat white-gold arabesques and adorned with diamonds in cushion, square and brilliant cuts, it brings fantasy, and history’s most regal moments, vividly alive. Cartier Sixième Sens High Jewelry Manour tiara, price on request, (800) 227-8437.