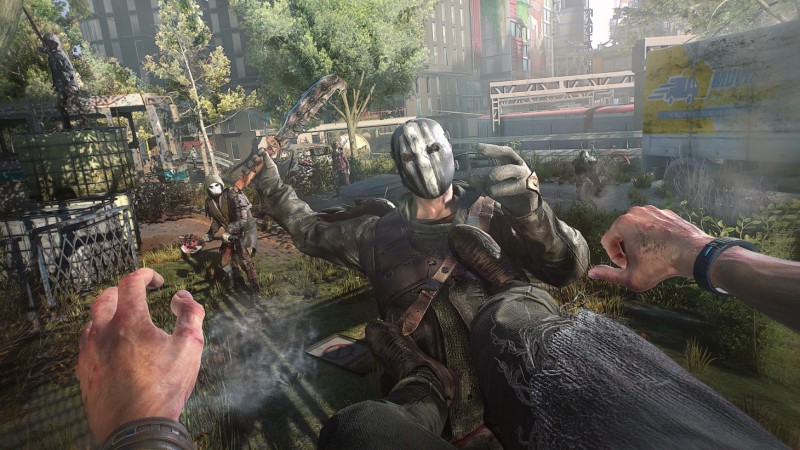 Dying Light 2 hit consoles and PC just last week, launching to record numbers for Techland’s zombie parkour franchise. Now, a week later, Eurogamer’s Poland-based site, Eurogamer.pl, has discovered a weapon in Dying Light 2 that appears to be a reference to CD Projekt Red’s Cyberpunk 2077. A lead designer on Dying Light 2 seems to have confirmed it, too.

“Cyberpunk 2077 in Dying Light 2,” Eurogamer.pl’s tweet reads, as translated by Google’s translation service. “The developers have hidden an unusual weapon in the game. Cyberhands 2177.”

As you can see in the tweet above, the weapon in Dying Light 2 looks a lot like Cyberpunk 2077’s Mantis Blade weapon, which is less a weapon you hold but one you install directly into your arm. It’s quite metal, literally.

Now, you might be wondering why Dying Light 2 would reference the critically-maligned Cyberpunk 2077 – sure, both are open-world RPGs based sometime in the future. However, the real connection here is that both Techland and CD Projekt Red are based in Poland. It’s not hard to imagine that Techland wanted to shout out a fellow Poland-based developer in the form of a reference like this.

Plus, it’s just plain cool. Who doesn’t want blades for arms? As for finding this weapon in Dying Light 2, Eurogamer.pl writes that it can be found on the roof of a building somewhere in the city of Villedor. It’s a scheme you pick up, which you can then use to craft into a weapon.

Have you discovered this Mantis Blades-like weapon in Dying Light 2? Let us know in the comments below!