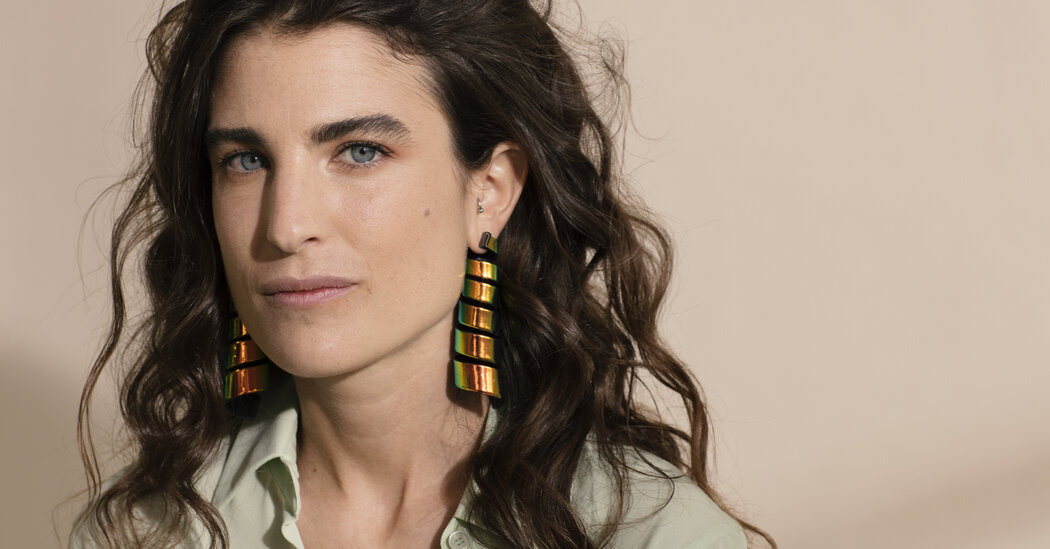 “In the beginning,” the designer Maria Sole Ferragamo said during a Zoom call from her Milan atelier and studio, “everybody was telling me that, ‘You know Sole, you cannot make jewelry just by using leather, you need to add metal.’”

But as Ms. Ferragamo added, “I am pretty stubborn.”

So when she began So-le Studio in 2017, she used only leather remnants. Recently, however, she has been adding brass shavings to some versions of her colorful and sculptural pieces, which range from 150 euros to 350 euros ($175 to $405), with special designs priced at as much as 730 euros. They are sold on her website and at the Rossana Orlandi Summer Gallery in Porto Cervo and Milan, Italy; this fall, Browns in London and Verdelilla in Turin also became distributors.

Ms. Ferragamo, 31, is the eldest of four grandchildren of the Italian footwear designer Salvatore Ferragamo, whose business continues to be a family enterprise. (She is not the only jewelry designer with a heritage name: Delfina Delettrez, of the Fendi family, established her namesake label in 2007.)

Jewelry had been a love since childhood, Ms. Ferragamo said, and she couldn’t wait for school to end each year so she could spend her summers at the family factory.

“I knew that I had to work with my hands, it’s what makes me the happiest,” she said. “I was not pushed in this direction, but for sure I was breathing this creativity, this atmosphere since I was very little and I believe that you were born with certain strings inside yourself.”

Ms. Ferragamo was only 11 or 12 years old when she made her first pair of leather earrings during one of those factory internships. Working in the materials research department, “I didn’t have much to do,” she said. So she began to cut pieces from some leather samples and, using a compass, created flower shapes for earrings.

Such upcycling, Ms. Ferragamo said, “was natural, perhaps because I grew up in this generation.” Rather than create perfect new materials, the designer said, she was interested in what already was available, and struck by the abundance of leftover material in manufacturing. “It felt like a call to do something,” she said.

After earning a degree in architecture from the Politecnico di Milano in 2013, she took a year off to intern at various factories to learn the manufacturing processes and techniques for leather and jewelry. She then went to London in 2014 to complete a Master of Arts degree in design, specializing in jewelry, at Central St. Martins, which she completed two years later.

Ms. Ferragamo is also, she said, obsessed with geometry (as seen in architecture, floor tiles or even spider’s webs), which inspires her work. She said she thinks of her creations “as actually small buildings leaning on the body.”

They have been shown alongside art and design, presented in 2018 at Art Basel and at the 2019 and 2020 editions of MiArt, a contemporary art fair in Milan, in conjunction with the Elisabetta Cipriani jewelry gallery of London. In September, selected pieces were featured by the Rossana Orlandi gallery at the Salone Internazionale del Mobile, the annual furniture fair in Milan.

Ms. Ferragamo’s designs for earrings, ear cuffs, necklaces, collars and bracelets begin as sketches that she refines using architectural software and then transfers to a cutting machine in her atelier to create prototypes. The cuts, she said, give the leather she buys from Italian suppliers an elasticity that creates sculptural shapes.

She also likes to use leather remnants that have a metallic finish. Sometimes, she finds pieces that have already been treated and sometimes she will send samples to a factory in Tuscany, where foils, glass and micro-crystals are applied, so she can evaluate the effects.

Artisans in Tuscany — where her grandfather established his footwear business in 1927 — execute the final designs. They use off-cuts of leather that Ms. Ferragamo herself finds at suppliers throughout Italy.

Her latest endeavor is a collection of earrings called Trucioli, Italian for “shavings,” made from brass shavings coated in gold and accented with enamel embedded with fluorescent pigment. When placed under a UV light, the earrings glow.

Ms. Ferragamo said the idea came to her all at once: “I woke up one morning — I usually have these crazy ideas at 5 a.m. — and I thought, wow, because I always like to include an element of surprise and provocation in my jewelry. So I thought, ‘What if you get this unexpected element?’”

During the interview she was wearing a greenish yellow pair, which offset her blue blouse. It was the kind of showcase marketing effort she has used frequently since video calling became commonplace during the pandemic. Often she wears a black T-shirt, but, she said, her designs make her “look different every time.” It is one of the benefits of jewelry, she said: “I believe they have the power to have a primary role as an outfit maker.”