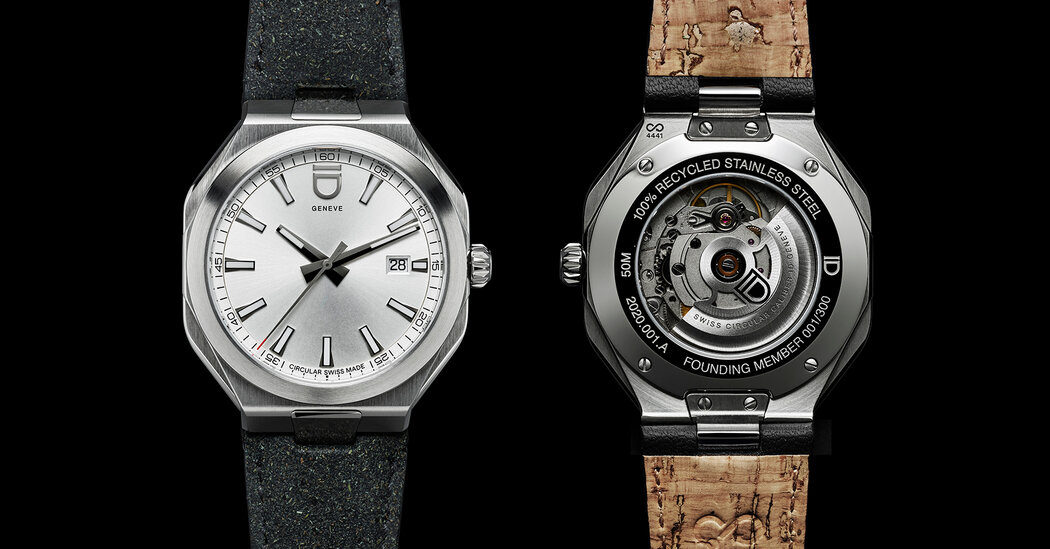 The watches are equipped with refurbished ETA movements acquired from old stocks, which explains why the finishings sometimes vary. For ancillary elements, such as straps and packaging, the company has partnered “with start-ups that play an active role in ecological transition,” Mr. Freudiger said.

Vegea, an Italian company that uses the waste of wine residue post vinification to create vegan textiles, supplies the straps. And the Magical Mushroom Company, based in Britain, supplies the compostable packaging, which is made from mycelium combined with agricultural waste like hemp, cork and sawdust.

“In 45 days, you put it in your garden and it disappears,” Mr. Freudiger said.

By the end of this year, ID expects to introduce a line of compostable plant-based straps made by the London start-up Biophilica. Mira Nameth, Biophilica’s founder, said she hadn’t considered working with watches until Mr. Depéry contacted her last year on Instagram.

“At that point, we were thinking about the leather goods market: shoes, wallets, bags, belts,” Ms. Nameth said. “But when they got in touch with us, it struck us that there probably aren’t that many sustainable options in the watch strap market.”

The brand’s commitment to circularity also includes a program in which customers can exchange “circular coins” — each watch purchase comes with one coin — for a discount on services or modular replacements, such as new straps or dials. (A strap exchange, for example, requires two coins.)

“The idea is to incentivize our community” to extend the life cycle of their watches, Mr. Freudiger said. “We don’t want to encourage consumerism, so will focus on the maintenance and modularity of the watch.”