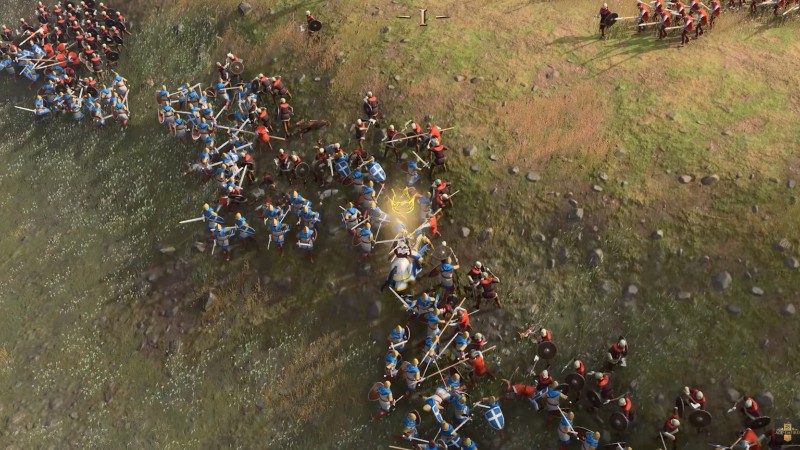 The Age of Empires series is coming to Xbox; well, some of it at least.

More specifically, Age of Empires II: Definitive Edition, the 2019 remaster of the original 1999 Age of Empires II release, is coming to Xbox consoles on January 31, 2023, and it will be followed by an Xbox release of Age of Empires IV later that year. This news came alongside various Age of Empires-related news announced today as part of the series’ 25th Anniversary celebrations.

Check out the announcement video for yourself below:

That’s not all that was revealed today, though. If you’re an Age of Empires fiend, check out this video breaking down the history of the series that the Xbox and the Age of Empires team released today:

Xbox, World’s Edge, and Relic Entertainment have also revealed Age of Mythology Retold, a definitive edition of the Age of Empires spin-off series first released in 2002. Check out its reveal trailer below:

“Age of Mythology Retold is in production,” the announcement reads. “We know that the Age of Mythology community has been waiting hopefully for a Definitive Edition, and we’ll be delivering. We’re working hard to bring you the glory of the original game with updated graphics, features, and more.”

Next up is the reveal that Age of Empires is heading to mobile devices. Not much was revealed, but you can check out the teaser trailer for the game below:

You can check out the 25th Anniversary site for additional information about these titles and more, including the Anniversary Edition of Age of Empires IV and the game’s upcoming third season.

Which of these announcements are you most excited about? Let us know in the comments below!