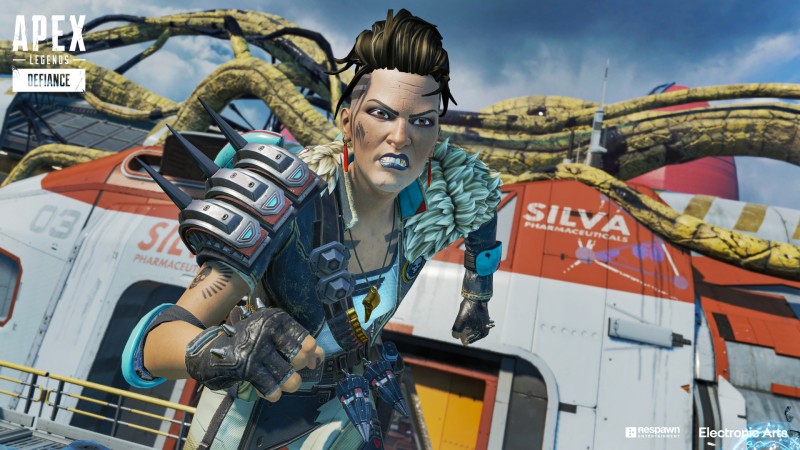 Yes, Control is exhilarating but let’s be honest, you’re here to learn about Mad Maggie. This highly-anticipated Maori freedom fighter was first revealed in Fuse’s origin trailer in Season 8. Maggie is considered a villain by the other Apex combatants, but her dedication to the emancipation of her home planet, Salvo, influences her brutal extremism. It’s no surprise that Maggie doesn’t work well with others, which is reflected in her ability kit (for the most part).

Maggie’s passive, “Warlords Ire,” lets her highlight enemies she’s damaged. Moreover, if Maggie wields a shotgun, she has no speed penalty, which should allow her to chase and pick off her prey effectively. Her tactical, “Riot Drill,” flings a fiery breaching charge on any surface of her choosing. Players that might be camping (or healing) on the other side of those objects take burst damage and, if they don’t move in time, will likely burn to a crisp. Finally, Maggie’s ultimate, “Wrecking Ball,” casts – you guessed it! – a massive wrecking ball at enemies that bounces off any obstruction in its path. Maggie’s squad gets a frightening speed boost while nearby the ball and adversaries that make contact with it will be lucky if they can crawl away from the ensuing explosion.

I enjoyed using Maggie’s abilities to force teams out of position. Her built-in scanner might not be as powerful as Crypto’s surveillance drone or Bloodhound’s tracker, but Maggie’s hastening passive makes her the perfect scout for any aggressive squadron. I worry that the speed boosts might make close-quarter bouts unfair, so I’d suggest facing Maggie in open areas, where her team might be forced to flee from focus fire. From a competitive standpoint, I expect to see Maggie picked in all tiers of play. However, duelists that can handily win their 1v1s will find the most value in their legend selection.