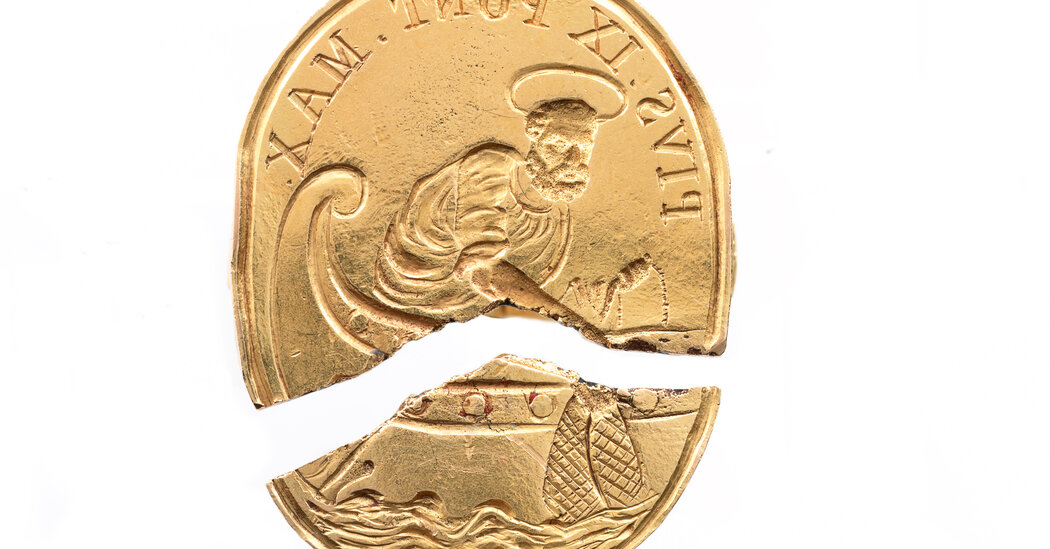 LONDON — Being a jewelry historian is a little like being a sleuth in a murder mystery: The central figure can no longer explain what method was used and you have to spot the clues that others may not recognize.

Beatriz Chadour-Sampson, an art historian and author specializing in jewelry, has long searched for evidence of provenance and meaning. Now preparing a catalog of 19th-century Revival Period jewelry that will be on display by the antique dealership Les Enluminures in New York in January, she has worked for decades as a curator of the Alice and Louis Koch Collection of 2,500 rings in the Swiss National Museum in Zurich.

She was co-curator of the “Pearls” exhibition at the Victoria and Albert Museum in 2013 and advised on the reopening in 2008 of the museum’s William and Judith Bollinger Jewelry Gallery, which has as its centerpiece the sapphire and diamond coronet that Prince Albert designed for Queen Victoria in 1840, the year they wed.

In an interview from her home in England’s Hampshire county, Ms. Chadour-Sampson talked about her lifelong ties to jewelry, how it feels to handle gems associated with historic figures like Catherine the Great and Napoleon and why she prefers to wear more contemporary adornment. Her comments by telephone and email have been edited and condensed.

Your parents were born in Russia and England. You were born in Cuba, grew up in New York and Germany and were involved in the family jewelry business at a young age. How did those experiences influence you?

My family were five times refugees over 100 years — I myself am a refugee from Cuba and experienced the Cuban Revolution as a child. I prefer to be described as cosmopolitan, as I do not have any roots. I feel at home everywhere but nowhere.

In Havana, my father learned how to cut and polish diamonds and later had his own business for import and export of gemstones. From Cuba we went to New York where my father opened Chadour Charms Inc. on 47th Street — the Gold and Jewelry Alley as it was known at the time. Charms were most fashionable, so he designed them, had them cast and then set the stones. In 1962 we moved to Germany where my father ran a business for cultured pearls.

Thus, I grew up in the jewelry trade, and you may even describe it as child labor: I used to string pearls and write invoices after having done my homework and I spent some school holidays sorting pearl pairs for earrings.

I went on to earn a doctorate in art history with a thesis on Antonio Gentili da Faenza, a goldsmith who made a cross and candlesticks for St. Peter’s Basilica and also worked for the Farnese and Medici families.

You began curating the Alice and Louis Koch Collection in 1985. What are some of its most notable pieces?

Louis Koch was a crown jeweler in Germany in the late 19th century who collected rings. By 1904, he already had 1,700. These had been in four generations of the same family before going on permanent display at the Swiss museum in 2019.

The collection now numbers 2,500, including a gold ring made for Pope Pius IX in the 19th century that has an engraved scene of St. Peter as a fisherman. It’s the type given to the pope before enthronement. After his death it was broken in two, as part of the ceremony.

Another is a diamond-encrusted ring from 1786 with a blue and white Wedgwood plaque of King George III, which looks like a cameo. We know that it was a personal gift from the company founder, Josiah Wedgwood, to the sculptor John Flaxman.

What else has been exciting to work with?

At the V & A, I was humbled to handle jewels that once belonged to Queen Elizabeth I, Queen Victoria, Empress Catherine the Great of Russia, Empress Josephine of France and her niece Stéphanie de Beauharnais, whom Josephine and Napoleon adopted. But even with the less-exceptional jewelry, one often thinks “What stories could these pieces tell about their owners?”

What was very exciting was cataloging the gold artifacts from the 1638 wreck of the Spanish ship Nuestra Señora de la Concepción, found and recovered in 1987 in the Pacific Ocean just off the Mariana Islands. Made by Chinese craftsmen working in Manila for Spaniards and intended for sale in Europe, such jewelry only survived because it was buried in the sea for more than 350 years. Otherwise it would have been melted down.

It was fascinating to learn how European designs had traveled as far away as the Philippines and it showed that global production was taking place much earlier than we had thought.

Where is the treasure now?

In a museum on the Marianas. At least it was saved.

How do you research jewels that haven’t been worn in centuries?

It is what I would describe as detective work. One has to have an immense visual memory for small details. Either a piece of jewelry is straightforward to identify, and parallels in other collections or books come to mind, or hallmarks are identified to maybe assist with an attribution.

Other jewels can be puzzles and require further investigation, through consulting other specialists and conservators to come to a conclusion and sometimes the attribution remains uncertain or unanswered. Pieces with mysteries are equally exciting and interesting.

Has anything surprised you?

When I was doing my research for the book “The Power of Love: Jewels, Romance and Eternity,” published in 2019, I was working late at night, as I usually do, and was stunned when I came across an auction catalog with a charm bracelet that once belonged to the actress Vivien Leigh. I suddenly recognized a circular charm depicting a ship with rays of the sun around it.

I have the same charm on a bracelet of mine: It was designed by my father in the early 1960s in New York. He sold his designs to Van Cleef & Arpels as well as Bloomingdale’s and others.

What era has had the greatest influence on the jewelry we wear today?

Like dress fashions, fashions for jewelry change from generation to generation. Looking back at centuries of jewelry, the range has never been so diverse as since the 1950s till today: Everything is possible, and at all price ranges. Jewelry designs are very individual, and are sometimes even autobiographical to the maker. But there is no particular era that is influencing designers, goldsmiths or high-end jewelers today.

What jewelry do you wear?

Sometimes if you do a lecture or a special event, very much like for the Oscars, the jeweler will lend you a piece for the night. But not an exhibition piece if you are working for a museum: That is impossible. So Mikimoto gave me some pearls to wear for the evening at the opening of the “Pearls” exhibition.

Most of my personal jewelry is contemporary. I wouldn’t necessarily say I prefer it but those are the antiques of the future. I think we should be supporting our jeweler-artists of today, like Wendy Ramshaw, David Watkins, Friedrich Becker, Bruno Martinazzi.

And like Coco Chanel, I believe less is more. The design and message of a jewel should come to the fore.