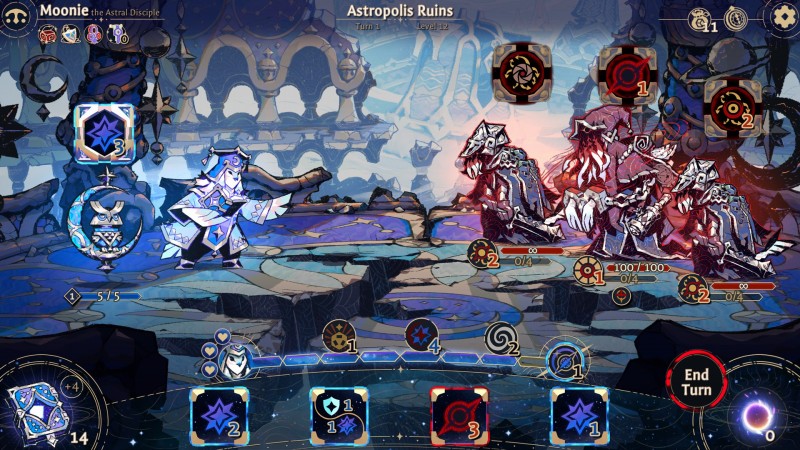 Instead of just collecting and mastering conventional decks of cards, you’ll roll six-faced dice to enable a range of abilities. Then you’ll take those skills and attempt to Purify/Corrupt the foes you face. Watch the trailer above for gameplay details.

With over six characters to choose from – each with their own set of playstyles – and deep progression linked to upgrades and classes, you’ll have your work cut out for you as you climb the ladder to face stronger foes. The 2D art style and unit placement UI remind me of Astria: Ascending’s visuals. If you enjoy deck-building games with a hint of magical whimsy, then Astrea: Six-Sided Oracles might be the next indie title for you.

Astrea’s features overview can be read below:

You can add Astrea to your Steam wishlist right now. A release date has not been announced.