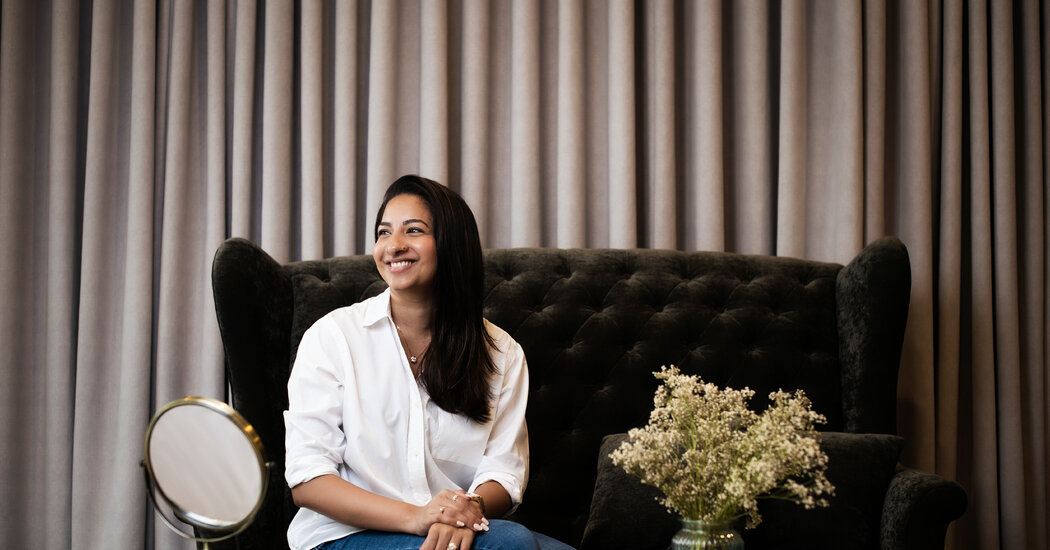 Since 2019, when the overture was made, Ms. Amarasuriya has shadowed her father, Sunil, who joined the board of the privately owned watchmaker in 2007. When he steps down from the board, as he plans to do next year, she will step in to represent her family and its minority investment in the brand.

She is among the fifth generation of her family involved in the B.P. de Silva group of companies, which some Asian publications identify as one of Singapore’s oldest family businesses, with interests in jewelry, tea, gifts and other sectors.

Her family’s connection to Audemars Piguet dates to 1972, when B.P. de Silva Holdings became the brand’s distributor in Singapore. “We were also part of a family business and we were from Asia and we had our expertise in the watch trade,” said Ms Amarasuriya, 30.

“We are family friends,” Ms. Amarasuriya said, describing her father’s connection to the Audemars, who still run their company, as “a close family relationship.”

A public relations representative for Audemars Piguet sent an email declining to comment on Ms. Amarasuriya’s role because “the brand does not communicate on board members.”

Audemars Piguet has not been the family’s only watch affiliation. B.P. de Silva Jewellers, which Ms Amarasuriya now runs and which will mark its 150th anniversary next year, had worked with Omega and Tissot since the 1920s. And from 1995 to 2010, her father held several positions with the Swatch Group, including chief executive of the Swatch Group S.E.A. in Singapore and a member of its extended group management board.

Ms. Amarasuriya said membership on the Audemars Piguet board — which traditionally requires several trips to Switzerland each year for meetings — “wasn’t something that I was seeking at the time, because I was still thinking about the jewelry concept for our family business.” But she accepted the role, she said, “part out of duty, to be honest. And part of it was ‘Oh, this is interesting, I can learn.’” Her father advised her that it was “a great way for you also to learn more about family business.”

As the jewelry business she runs is the family’s smallest subsidiary, she had more time for the board role than did her two brothers, Ms. Amarasuriya said. Her elder brother, Navin, is chief operating officer for The Contentment Foundation, an educational organization based in the United States, and a nonexecutive director of B.P. de Silva Holdings. Her other brother, Rehan, runs 1872 Clipper Tea Co., marketed as Singapore’s oldest tea producer, and other businesses in the group.

The first board meeting she attended — in March 2019, at Audemars Piguet’s factory in the Swiss village of Le Brassus — “was very surreal,” she said.

She described cramming on the flight from Singapore and in the hotel the night before the meeting, learning all she could about the brand and the watch industry — with which she had no experience — and taking her father’s counsel on any questions. “I just didn’t want to be another person, quiet, sitting on a board,” she said. But that approach also meant there were “no limitations in my mind of what doesn’t work.”

Since then, Ms. Amarasuriya said, she has been on a steep uphill learning curve: “Learning about how a watch is made, what are the different parts, what geographies are we operating in, what challenges are there in those countries.”

And now, “I’m geeking out every time I go there,” she said of her visits to the brand’s headquarters, which includes a steel and glass museum and workshop that opened in 2020 and that stands between its two 19th century buildings. “If you look to your left, you see the craftsmen working meticulously on the watches and if you look to your right, you see the landscape,” she said.

Ms. Amarasuriya will also sit on the brand’s audit and investment committees. While the audit seat will be inherited from her father, she volunteered for the investment committee to gain “new insight into an area beyond operating companies,” she said.

As for what is on her own wrist, Ms. Amarasuriya wears an Audemars Piguet classic woman’s Royal Oak in rose gold with diamonds, a gift from her father in 2017, when she graduated magna cum laude with an associate degree in applied science in jewelry design from the Fashion Institute of Technology in New York. (She persuaded her father that their family jewelry business needed a creative director, and took the job in 2018. Since then she has focused the subsidiary on clean, geometric design; the use of Fairmined gold; and the brand history. She chose the name High Street for a recent collection after the location of the family business’s first shop, which opened in 1872.)

The Royal Oak is, at least so far, her only timepiece. Although she likes its understated modernity, Ms. Amarasuriya said, “I feel nervous to wear it because everybody, you know, looks at it.”

“If I’d have bought a watch for myself, I feel like I would have bought it maybe without the diamonds,” she said, “but now wearing one with a diamond bezel, it has grown on me a fair bit.” (She also recalled trying on the Audemars Piguet Concept Flying Tourbillon, covered in baguette diamonds, at a 2018 Swiss watch fair.)

Her ambition is to start a collection of the house’s vintage and high complications — to look at rather than wear — as “I’m a little more subtle in how I dress and present myself,” she said.

At least once or twice a month, Ms. Amarasuriya visits the local Audemars Piguet stores “just for like mystery shopping, to try to understand what clients would be experiencing,” she said. Or to see new watches. On her September visit with her husband to the Marina Bay Sands store, he tried on a Royal Oak Offshore in sage green.

“He’s going to save up,” she said, for a birthday present for himself.