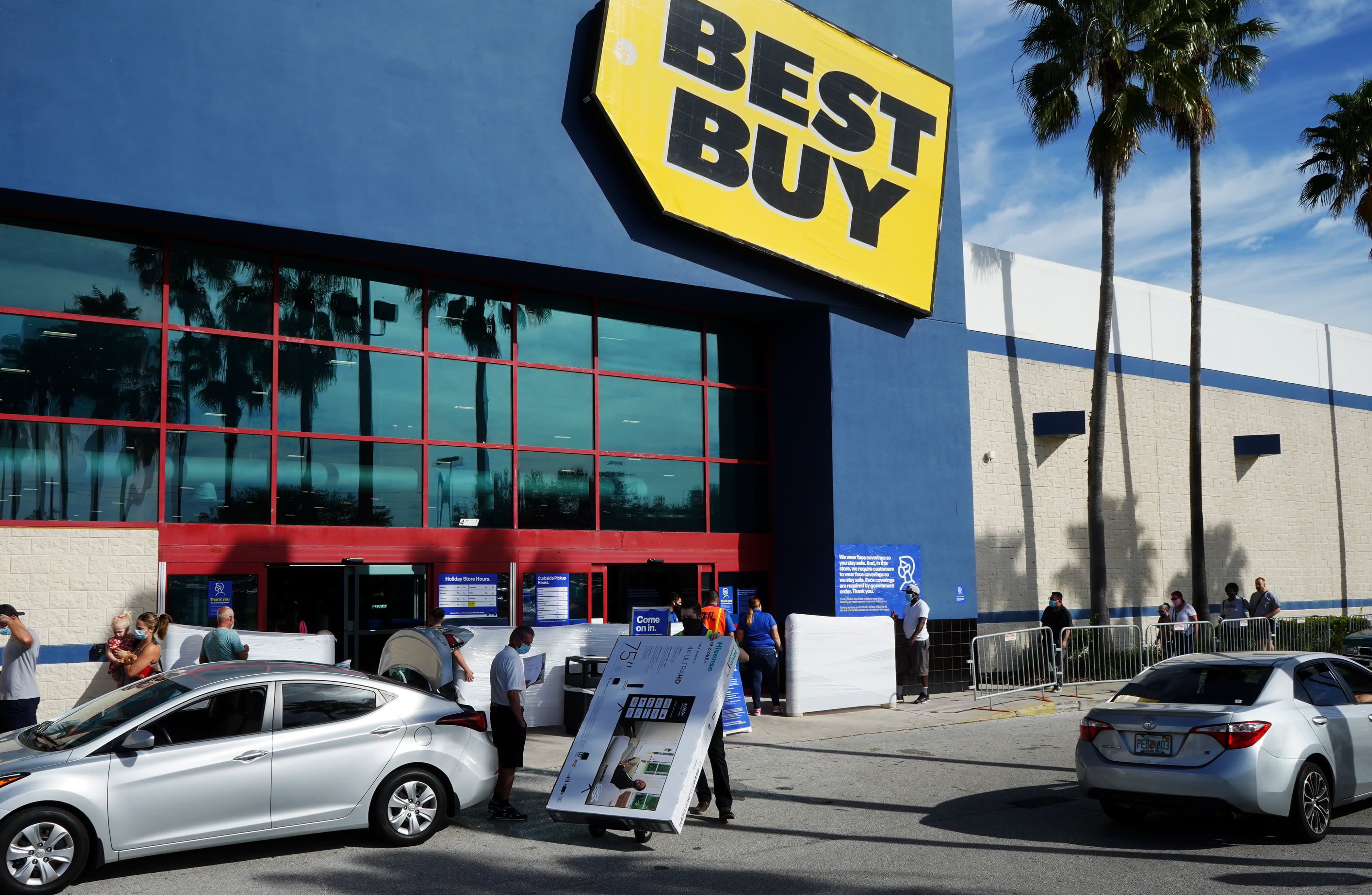 An employee brings a television to a customer’s car at a Best Buy store in Orlando, Florida.

Best Buy said Tuesday that it’s launching a new annual membership program nationwide and including a perk that may nudge people to sign up: Access to hard-to-find items during the holiday season.

The consumer electronics retailer’s program, Totaltech, costs $199.99 per year. Customers who join will get unlimited, round-the-clock tech support, exclusive member prices on merchandise, up to two years of product protection on most purchases, free shipping and installation and an extended 60-day window for returns and exchanges, among other features.

The retailer is tacking on the holiday-specific benefit as the pandemic fuels global supply chain challenges. Outbreaks of Covid-19 have temporarily closed some factories and ports, causing a shortage of semiconductor chips that go into everything from cars to laptops. Freight costs have jumped and ports have grown congested, leading to higher prices for customers and fewer products on shelves.

Retail analysts have forecast an increase in holiday spending, but warned of fewer deals and shipping delays. They have encouraged consumers to start shopping early and to buy desired items when they see them.

Best Buy did not specify the high-demand products available to Totaltech members, but it sells popular gift items that range from video game consoles to Apple products. It said in a news release that members will get access to Member Monday, a special event of exclusive deals that begins Oct. 18 and runs through the holidays.

The event will include some deals for customers who are part of Best Buy’s free membership program, My Best Buy, too.

With the launch of Totaltech, Best Buy will phase out a similarly named membership program that had fewer perks.

Retail analyst Peter Keith of Piper Sandler called the upcoming launch of Totaltech “a potential game-changer” for the company and its stock in a research note last week. He said the membership program is “one of the most intriguing initiatives” that Best Buy has had in more than five years. Plus, he said, it comes as the company’s shares are trading at a cheap valuation.

Piper Sandler rates Best Buy as overweight and has a price target of $150, about 40% higher than where it’s currently trading.

Keith estimated in the research note that Best Buy will add 3 million new members, on top of the approximately 3 million who are part of the membership program that’s phasing out. He said he expects the retailer to grow that membership base to between 6 million and 10 million over time.

And he said he anticipates the holiday season will help drive interest, as Best Buy advertises the program and customers see members-only price discounts on the retailer’s website and in stores.