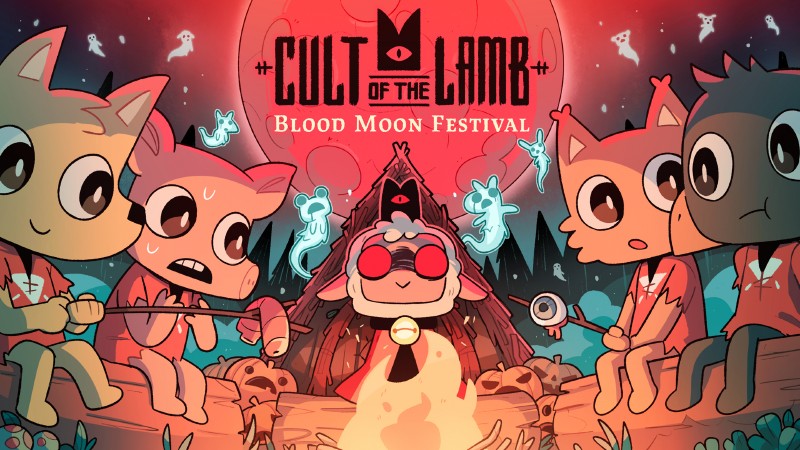 Cult of the Lamb was released back in August and while the main story will run you a dozen or so hours, developer Massive Monsters are inviting you back to your base of operations with a new Blood Moon Festival update that’s now live.

This limited-time event began yesterday (October 24) and will run until November 10. It brings plenty of new with it, too, so you’ll want to jump in to check out all of the Blood Moon’s offerings before it’s too late. Here’s what to expect:

To accompany the news, Massive Monsters have also released a new trailer for Cult of the Lamb’s Blood Moon Festival update that you can watch below:

“Under the light of the Blood Moon, devotees can harvest pumpkins to unlock a brand new ritual that will raise former members of their cult, casting them back to the land of the living as wandering spirits,” a press release reads. “New follower forms and dreadful decorations will be granted upon their capture, but be quick about it, the Blood Moon will wane on November 10.”

For more, read Game Informer’s Cult of the Lamb review or, you can watch it right here.

Are you going to be jumping back into Cult of the Lamb for the Blood Moon Festival? Let us know in the comments below!