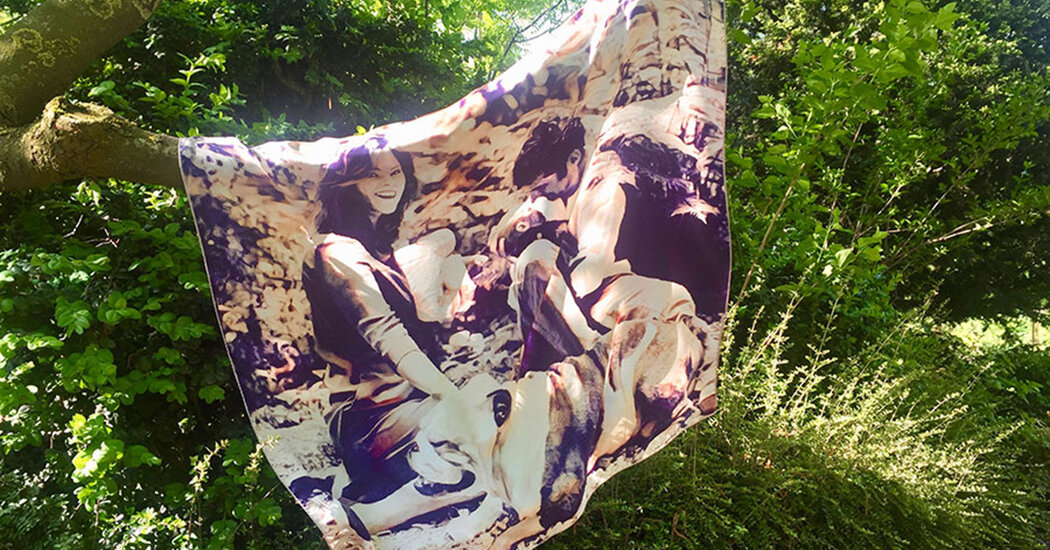 PARIS — For 25 years, Junhee Kim worked in the design studios of some of the world’s best-known fashion houses. In Paris, that included Louis Vuitton, Chanel and Sonia Rykiel; in New York, Marc Jacobs.

Yet in addition to the glamour and excitement, Ms. Kim, 51, said she constantly wondered who the customers were and what their purchases meant to them.

Those thoughts were front of mind in 2015 when the Seoul-born designer, a graduate of Parsons Paris, attended the MIT Global Entrepreneurship Bootcamp in Massachusetts. And three years later, she began designing custom scarves and other accessories in silk from a tiny studio in the Sixth Arrondissement, where she works alone.

Her brand name, Mont Kiji, is a play on words, with the “Mont” evoking both a mountain and the French possessive adjective for “my,” while the “Kiji” includes her initials and sounds like her mother’s nickname for her, Ms. Kim said. She also considers it an imaginary destination.

“There I was, starting a company, and I had no idea where I was going, but I was going to head for this mountain, wherever it is,” she said during an interview at Le Bazar Français, a new boutique in the Sixth Arrondissement that carries brands made only in France (including hers). Her work also is sold online and at boutiques in South Korea and Japan.

As Mont Kiji was taking shape, the designer said, she also was racking her brain for a present that she could give “a friend in fashion who has everything.”

Ms. Kim took a photograph of the friend’s daughter and, working with a silk weaver and printer, created a one-of-a-kind scarf in silk twill. The gift was a hit, but Ms. Kim said she quickly realized the concept was too niche, so she also created limited-edition scarves and other accessories that reflect her interest in nature, art and design.

She decided to keep all her production local: using silk woven and having designs printed in France, mainly in Lyon, by ateliers that also work with or are owned by companies like Chanel and Hermès.

Early orders for custom scarves included one from a friend, Coleman Fung, an entrepreneur in the United States who also is an amateur photographer. Mr. Fung asked her to turn a favorite shot of San Francisco Bay into scarves he could send to friends in lieu of Christmas cards — and then he became a minority investor in the brand. So did another friend, who submitted a family photograph that was turned into what Ms. Kim described as “a mother-in-law gift.”

Ms. Kim said she has received commissions from England, the United States and the Middle East, including a customer in Bahrain who asked her to reproduce the portrait he had painted of his girlfriend as an engagement present. But her most frequent requests, she said, involve pets, past or present.

Based on the images and descriptions provided by a client, Ms. Kim develops a series of graphic styles and color combinations. The version that the client chooses then is produced and delivered in six to eight weeks. Prices range from 380 euros ($440) for a classic 90 centimeter by 90 centimeter (3 foot by 3 foot) square to 600 euros for a 135 centimeter by 135 centimeter size. Custom dimensions are available, as are hand-rolled hems and fringes.

Although she relishes the creative freedom, there is one thing Ms. Kim said she misses about big-name fashion: the people.

“In the studio, you’re always asking others what they think, even if you don’t necessarily listen,” she said. “Now I still find myself asking aloud, ‘Which one do you like?’”