Behaviour Interactive has revealed the next chapter of Dead by Daylight, and it’s an original story called Portrait of a Murder.

Set in a surreal interpretation of an abandoned graveyard in the Chilean desert, Portrait of a Murder is “an artistic ode to fear and darkness.” It brings two new Latin American characters to the asymmetrical multiplayer title. One of them is the game’s first Mexican American character, too.

“Portrait of a Murder is Dead by Daylight going back to its roots: an original story and universe, set in mystery, dark fantasy and fear,” creative director Dave Richard writes in a press release about the new chapter. “The new characters are also unique and diverse, which is part of our DNA, and representative of our player base.”

Portrait of a Murder includes a new killer named The Artist, a “gifted but tormented Chilean painter” otherwise known as Carmina Mora. The DLC consists of a new survivor named Jonah Vasquez, too, who is a CIA codebreaker that sees strings of numbers everywhere he goes. The new map, The Forsaken Boneyard, is set in an abandoned surrealist graveyard in the Chilean desert. 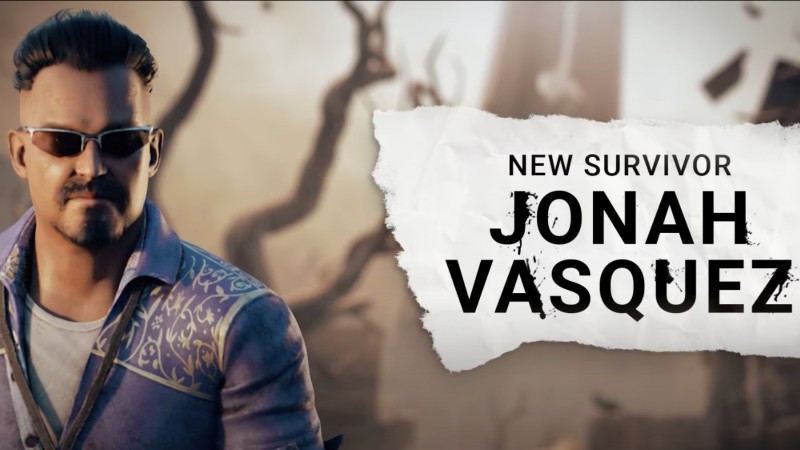 An exact release date was not announced, but Portrait of a Murder will hit the game sometime this month. The DLC will cost $6.99 on the Microsoft Store, Steam, and Stadia for PlayStation 5, Xbox Series X/S, PlayStation 4, Xbox One, and Nintendo Switch. The new chapter will cost $7.99.

In today’s news, Behaviour Interactive also revealed that Dead by Daylight would be joining the Epic Games Store’s catalog in December.

“Coming in December, all Dead by Daylight content will be made accessible, including the base game, all past editions as well as DLCs available at the moment of release,” the press release reads. “Additionally, fans will be thrilled to learn that the Epic Games Store will allow cross-platform play as well as cross-platform progression via their Behaviour account.”

Are you excited about this new chapter? Let us know in the comments below!