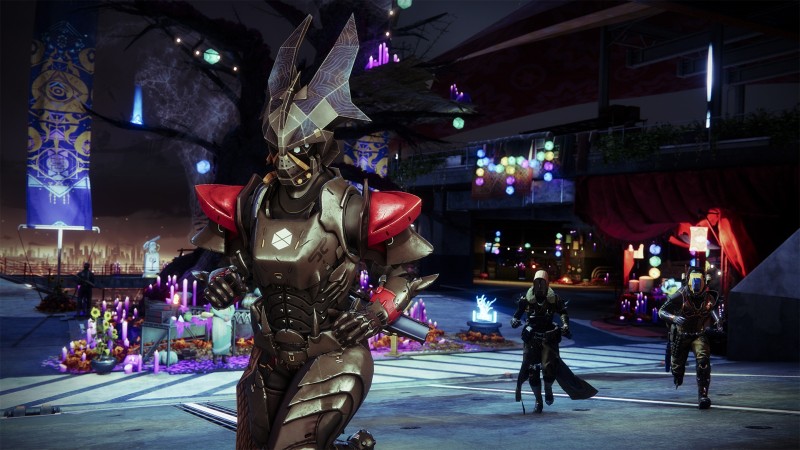 Destiny 2’s annual Halloween event, Festival of the Lost, begins yet again and Bungie has laid out all of the tricks and/or treats Guardians can indulge in over the next few weeks.

Three Haunted Sectors contain ghoulish headless foes for players to hunt across the Moon and Essus. Guardians can fill their bags with weapons such as the Exotic Jurassic Green Pulse Rifle and cruise around on an exotic, tarantula-shaped Sparrow. You can also earn the Bump in the Night Emblem courtesy of special event organizer extraordinaire, Eva Levante.

Perhaps the best additions are dinosaur-themed gear and ornaments available at the Eververse store, which is the result of a community poll held earlier this year. Personally, I just want to throw pumpkin bombs like a sci-fi Green Goblin. Get a glimpse at what’s in store in the trailer below.

Festival of the Lost concludes on November 2. Of course, Season of the Lost is still in full swing and if you’re enjoying Destiny 2 via Xbox Game Pass on PC, today is extra sweet as the Beyond Light expansion joins the library as well.

In other recent Destiny 2 news, Bungie announced it plans to vault a portion of the Forsaken content, including its story campaign, in February. You can learn more about what’s going and what’s staying from the popular expansion here.