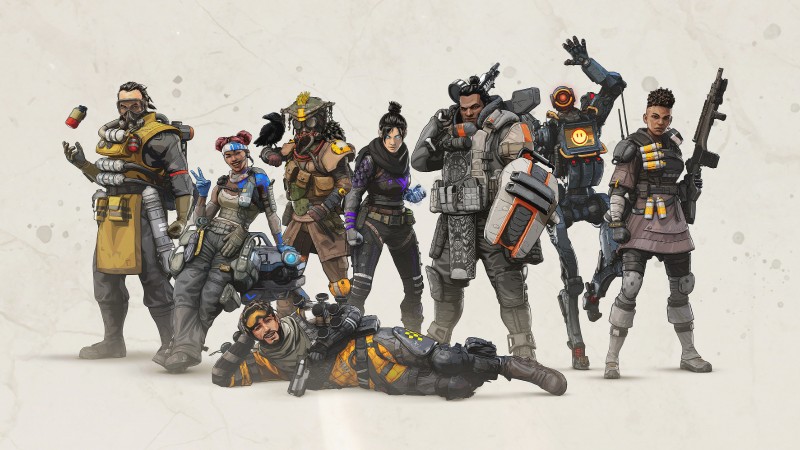 EA’s quarterly results for Q3, which was the three months that ended with December 2021, were released late yesterday and it turns out, it was one of the company’s biggest ever.

That’s due to steady growth in long-running franchises like Fifa, Madden, and Apex Legends. As reported by GamesIndustry.biz, EA’s revenues were up 7% in Q3, which equates to $1.79 billion and net bookings were also up 7%, to $2.58 billion. However, net income was down 69%, dropping to $66 million.

“Q3 was the largest quarter in the company’s history for net bookings, underlying profitability, and cash generations,” EA CFO Blake Jorgensen said in regards to the quarterly results. “Our portfolio approach will enable us to deliver organic growth in the double digits this year, continue to deliver strong cash flow, and provides a strong foundation for growth as we look to the future.”

As previously mentioned, EA’s annual sports releases helped a lot, growing 10% year-over-year. Fifa 22 was the best-selling title in the overall West last year and Madden NFL 22 was the best-selling sports game in the U.S. for 2021, and the third best-selling game of the entire year. Apex Legends grew a lot too in, having risen 30% year-over-year by the end of Q3. GamesIndustry.biz reports that EA says players spent nearly 20% more time in EA titles in fiscal year 2021 compared to 2020.

Q3 would have been even stronger for EA had Battlefield 2042 performed better. EA CEO Andrew Wilson, who made headlines late last year after saying NFTs and blockchain games are the “future of our industry,” said the launch of 2042 did not meet expectations during the quarterly results conference call, as reported by The Verge.

“Battlefield 2042 was always an ambitious game, and our teams pushed to innovate across many dimensions, including massive scale and 128 player matches, new modes, new dynamic gameplay, and more,” Wilson continued. “Developing this game with our teams working from home for nearly two years ultimately proved to be challenging. Through our processes for testing and preparation, we believe the experience was ready to be put in our players’ hands. We launched with strong stability. However, as more players experienced the full game, it became clear there were unanticipated issues that we would need to address. Some of the design choices we made with the game also did not resonate with everyone in our community.”

Despite 2042 underperforming, Wilson said EA is “fully committed to realizing the full potential of the game,” according to The Verge. These comments from Wilson arrived the same day EA Dice delayed the first season of 2042 to continue to work on improving the game. For more about 2042, be sure to read Game Informer’s Battlefield 2042 review.

Check out this reveal of Mad Maggie as the new legend in Apex Legends after that and then read Game Informer’s Madden NFL 22 review.

What EA-developed games did you play last year? Let us know in the comments below!