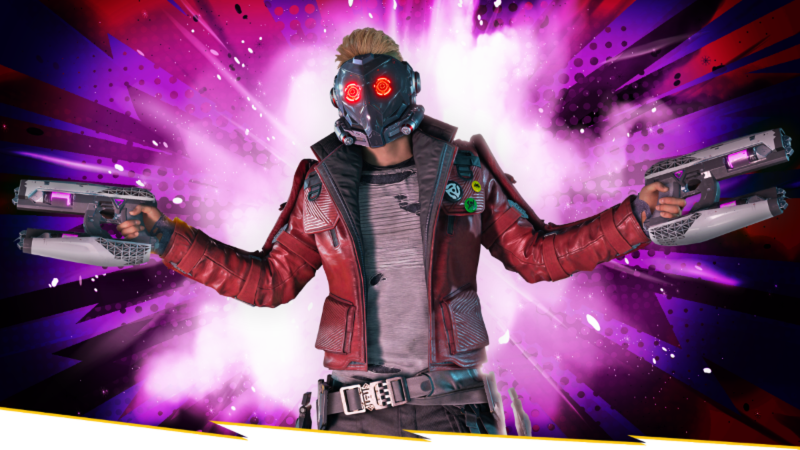 Eidos-Montréal has revealed the full licensed music soundtrack players can expect to hear in its upcoming Marvel’s Guardians of the Galaxy game.

As you might expect, it features plenty of 1980s hits as well as at least two songs from Star-Lord’s own in-game band. To celebrate today’s announcement, the studio debuted the very-80s, very-VHS-style music video for “Zero to Hero”, the second single from Star-Lord’s band. You can watch that below:

According to Eidos-Montréal, the music video for “Zero to Hero” features a few nods to Peter Quill’s inspiration to actually adopt the Star-Lord name. “Zero to Hero” is the second Star-Lord single released, with Space Riders With No Names being the first. Both of those can be found in the official Marvel’s Guardians of the Galaxy original video game playlist here.

As far as what other songs you can expect in Marvel’s Guardians of the Galaxy, the full 28-song soundtrack (not counting the Star-Lord songs) can be viewed below:

“You’ll get to listen to these incredible tracks as you progress through the game, as well as on the jukebox that’s on the Milano,” according to Eidos-Montréal. “Some of them will also play a key role during the Huddle, a key gameplay mechanic in combat. You will have the opportunity to choose between two bangers on Star-Lord’s cassette player to try and motivate the Guardians and overwhelm your enemies.”

Are you excited about this soundtrack? Are there any standouts missing from the list? Let us know in the comments below!