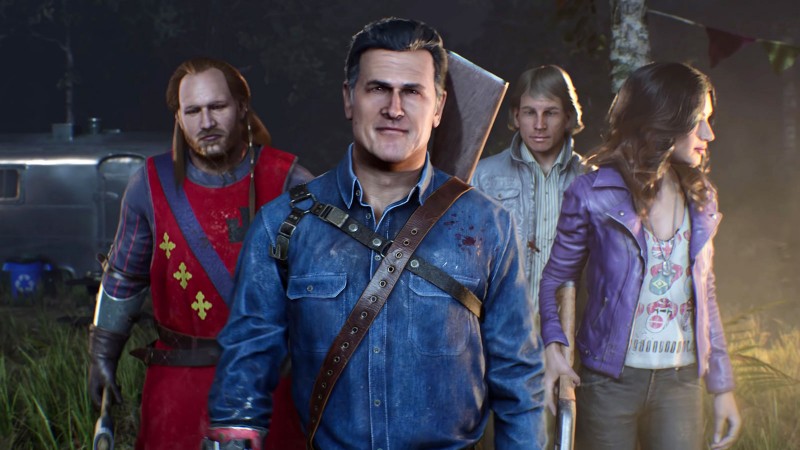 Evil Dead: The Game is no stranger to delays. The asynchronous multiplayer title based on the cult horror franchise was originally scheduled for 2021. Then it got delayed to an unspecified February 2022 date. It has now been pushed back once again, though this time it has a concrete release date: May (Friday) 13.

The game, developed by Saber Interactive, simply needs more time to come properly come together according to a message from the game’s official Twitter. The team does promise a new trailer to premiere in February.

When we set out to create a brand new game worthy of the Evil Dead franchise, we knew it had to be groovy as hell. In order to deliver the best possible experience, Evil Dead: The Game is now coming on May 13, 2022. pic.twitter.com/BfuaOdcFVT

Evil Dead: The Game was first revealed during The Game Awards 2020 and pits a team of players, taking on the role of Ash and other beloved characters, against a human-controlled monster. Last August, Saber announced a single-player mode for the game as well. Narratively, it features an amalgamation of elements from every mainline Evil Dead film (sans the 2013 reboot) and the Ash vs The Evil Dead TV series.

Evil Dead: The Game is launching on PlayStation/Xbox consoles, Switch, and PC.