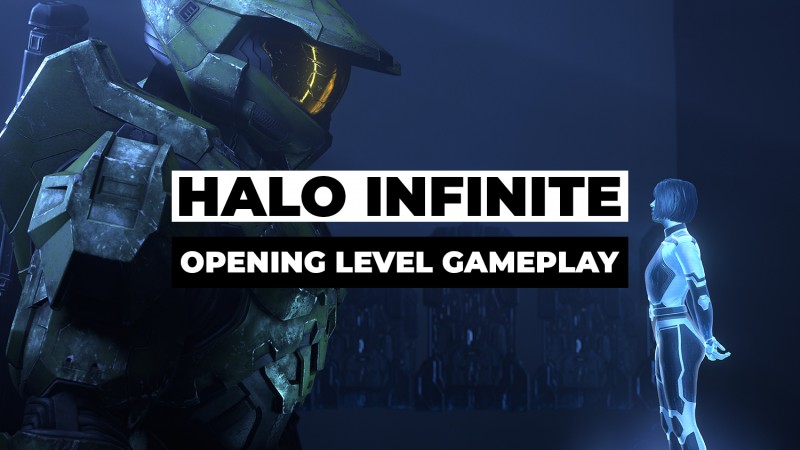 Halo Infinite’s upcoming release marks an exciting time for Xbox fans the world over. The return of Master Chief is shaping up to be an exciting affair and we’re giving you a quick 4K look at the opening mission from 343’s latest adventure!

In this clip, we find John-117 fighting off the Banished, a familiar yet new group of Grunts, Jackals, Brutes, and Elites that have found their way to the Zeta Halo and are wanting to use its power for their gain. This first level of Halo Infinite takes place 18 months after the events of Halo 5, but we find Chief getting back into the conflict, fighting for his life aboard the Banished Warship Gbraakon after being knocked out for six months. He’ll have to blast his way through his alien foes, before the next step of his journey down to the ring to figure out what he’s missed in the time he’s been away.

When we spoke to 343, they made it clear that they want Halo Infinite to be a spiritual successor to the original game that started it all. That becomes very apparent in this opening mission as Chief moves his way through the metallic halls of the Brute warship before descending down to the universe’s ultimate weapon, echoing his time clearing out the Pillar of Autumn in Halo: Combat Evolved.

Nostalgia isn’t the only thing you’ll find in this clip as we also get a taste of the new combat in the game. The Grappleshot is going to become the player’s best friend, as we see here it’s not just handy when trying to scale Halo Infinite’s more vertical levels.

This is just the start of the fun for fans eagerly awaiting the December 8 release of Halo Infinite! Join us over the next few weeks at Game Informer as we offload a ton of new information about developer 343’s latest entry in the iconic series, including a deeper dive into the campaign, our new impressions of the single-player mode, and so much more! Thanks for watching, and we hope you enjoy the coverage!