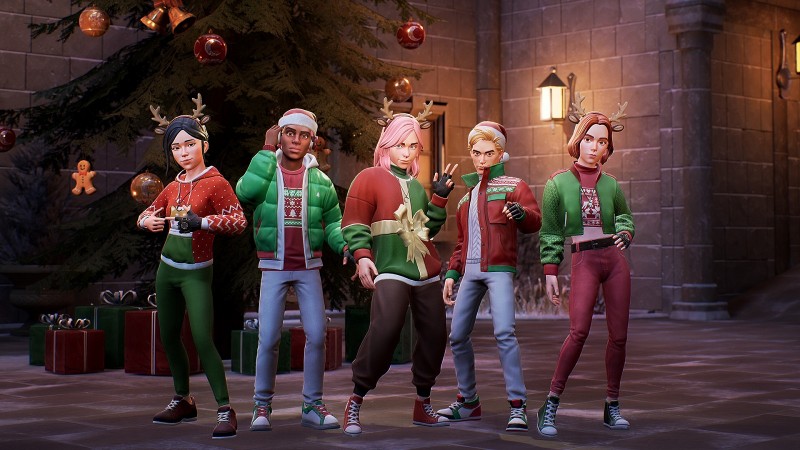 Ever wanted to play a 4v1 asymmetrical horror game where four survivors face off against a killer? Wait, that’s called Dead by Daylight. Propnight essentially combines the asymmetrical antics of Dead by Daylight with PropHunt, which creates a different experience entirely, as survivors can turn into books, chairs, hot dogs, crates, giant pianos and stuffed bears, and basically anything else in the environment. While the game has a lot of various features and mechanics that players will recognize from Dead by Daylight such as the survivors working on various objectives to open the exit gates, the game has a decidedly different tone. While games can still get plenty sweaty, it’s hard to take things seriously when players are possessing giant pigs and jumping on the killer’s head, stunning them, and then hopping into a backpack and hiding on a bookshelf.

There are no perks to sift through on either side of the equation, so whether you’re the survivor or the killer, props are the key element for success or failure. Some props, like giant pigs or rolling wheels, are easy to spot and chase, but others like diminutive soda bottles or logs can blend in seamlessly with the environment. If you turn a corner as a survivor under a chase and spot something you can turn into, the killer could easily run by your location completely oblivious to you standing still right there. Props also let you get around the environment in far more dynamic ways than as a human, being able to execute flittering swoops, jumps, and other fare around the board with verticality. Of course, the killer isn’t defenseless here, as they have their own tools. In fact, one killer, The Imposter, can actually pretend to be a survivor and turn into props as well. Talk about deception!

If you’re looking for a bizarre take on existing mechanics, this is one you might want to check out.

Propnight is currently available on PC.