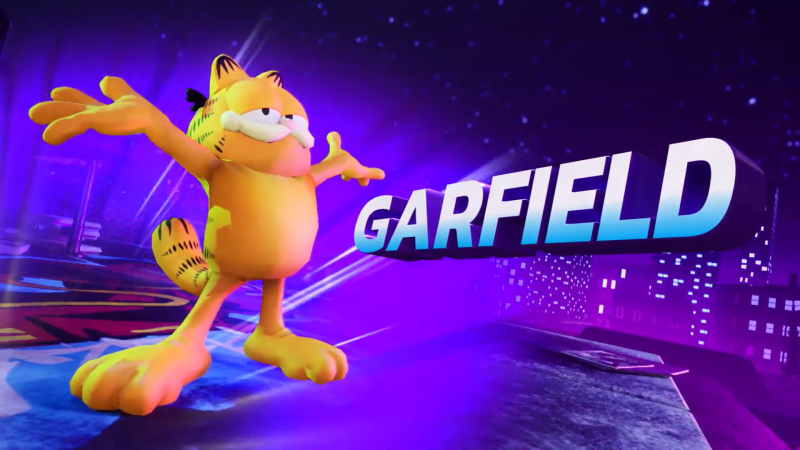 Everyone’s favorite grumpy orange cartoon cat Garfield is coming to Nickelodeon All-Star Brawl on December 9. He’ll be available for free on PlayStation, Xbox, and PC this week, with his addition to the Switch version coming later this month (also for free), according to IGN.

Garfield, known for taking naps and loving Italian food, is bringing a move list inspired by his comic strip and cartoons. The reveal trailer shows him donning a top hat and cane, scarfing lasagna, and going feral with some wild cat scratches. He’s also showing an appropriate amount of sass, which I appreciate. We’ll have to wait for the full character breakdown for his release this week to find out if he’s any good. Though, Garfield has to be at least ready for this type of game since he’s been edgeguarding Odie for 40 years.

I reviewed Nick Brawl in October, where I found it to be a solid yet flawed platform fighter. Here’s an excerpt from the review:

My favorite part of Nick Brawl is how it plays. You have buttons for jumping, attacking, special moves, throws, and blocking. Your goal is to slap around your opponents and increase their damage percentage, making them more likely to fly off the screen when hit with a strong attack. Characters move quickly, which made me worry that I wouldn’t always feel in control, but the snappy and responsive inputs alleviated those worries in practice. Advanced techniques like wavedashing are surprisingly easy to pull off, and thanks to the faster tempo, performing combos on the fly is a cinch.

Garfield looks to be the first of two free characters coming to Nickelodeon All-Star Brawl, with another unknown combatant coming sometime in the future. Developers Ludosity and Fair Play Labs are also planning paid DLC fighters down the road.

Are you looking forward to taking control of Garfield and terrorizing the competition? Who is your favorite voice for the feline, and why is the rendition from Garfield and Friends? Tell us in the comments below!