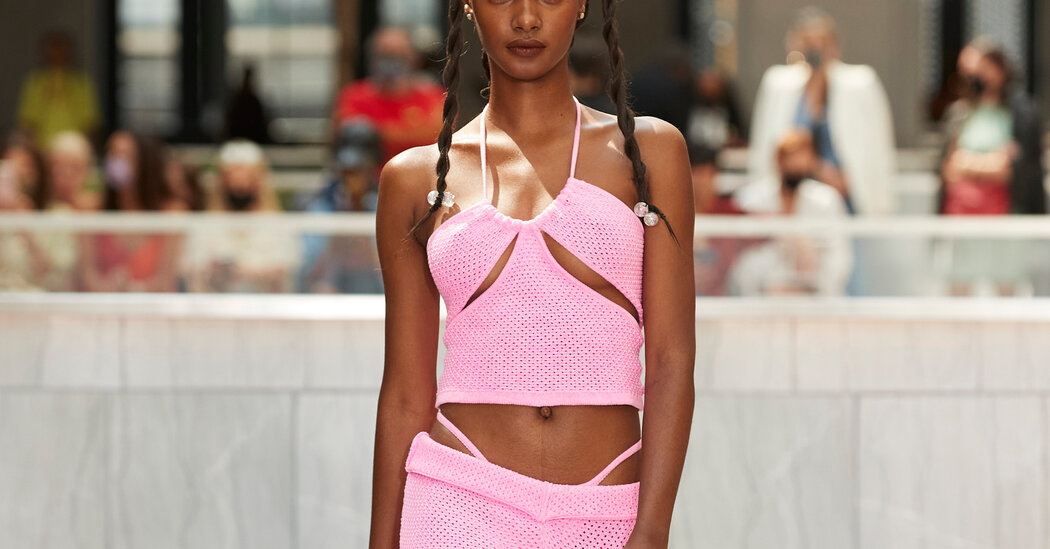 “BIMBO SUMMIT.” SO read the headline on the front page of The New York Post on Nov. 29, 2006, over a photograph, taken outside the Beverly Hills Hotel in the small hours of the morning, of the heiress Paris Hilton, the actress Lindsay Lohan and the pop star Britney Spears. Their “unholy alliance,” as the corresponding newspaper item called it, was being presented for scorn: Spears had recently given birth to her second child; Lohan, only the night before, had accused Hilton of throwing a drink at her; and yet here were all three women, wedged uncomfortably into a two-seater sports car well after midnight. The article’s final line could easily have been uttered by Lohan in the 2004 film “Mean Girls”: “And regardless of how long these friendships last: Skanks for the memories!”

Antipathy for the decade’s celebrities — particularly the young women, including Hilton, Lohan and Spears, who had only recently been anointed as its idols — was at its peak, with tabloids and gossip blogs making vicious sport of their public drubbings. This “meeting of the minds,” as The Post also described it, marked both the pinnacle and the beginning of the end of this period: the so-called McBling era, an exuberantly trashy coda to the Y2K years that lasted from roughly 2000 to 2008 and was characterized by trucker hats, fake tans and pubis-baring velour tracksuits. If fashion leading up to the new millennium aspired to an iridescent, digitized new day, McBling (its name a nod to the flashy logomania that was then prevalent) came stumbling downstairs the morning after, hung over and hiding behind a pair of pink Baby Phat aviators. The former style — punctuated by cargo pants, strappy tops and white eye shadow — was an optimistic, if superficial, exploration of how the future might look; the latter led, in every direction, toward unabashed bad taste. “Fashion at the time had a sense of humor about itself,” says the British designer Christian Cowan, who was born in 1994 and whose runway shows Hilton has walked in twice. “It was about being perfect, fake and bright. Everyone knew it was kind of shallow.”

But when the stock market crashed in 2008, it took ostentation down with it. Inconspicuous consumption became the goal. The hipster was ascendant, in worn flannel and skinny jeans, and in the mid-2010s, normcore followed with its aim of, as its name suggests, looking as average as possible in everyday sweats and sneakers. Not long after, millennials claimed their own color: a wallflower shade of day-old salmon that was a clear trauma response to the hot pink ensembles worn at the turn of the aughts by everyone from Aaliyah to Reese Witherspoon in “Legally Blonde” (2001).

ENTER GENERATION Z, today’s teens and 20-somethings who have never known life without social media or the internet. To them, as they navigate world-threatening issues such as climate change and the coronavirus, the idea of the millennium bug seems quaint. To them, a teen idol who forgoes underwear, as Spears had done on several occasions, might be yet another TikTok star. To them, pink should pop. And so it does on a new squad of young style icons — including the 22-year-old rapper Lil Nas X, recently seen onstage in a metallic fuchsia crop top with a matching harness and pleated skirt — who have embraced the brazen plasticity of the noughties. “It’s pretty simple,” says Cowan, whose spring 2022 collection featured baby blue sequined bandanna tops and plumed headpieces in, yes, neon pink. “We want to feel hot, even full of ourselves. It’s the kind of energy we need, especially after two years of boredom.”

Across the spring collections, brands channeled that mood by evoking the bare bellies and garish hues of the early 2000s. At GmbH, the Berlin-based designers Serhat Işik and Benjamin A. Huseby added queer and brown inflections to infamous red-carpet outfits of the period, such as the coordinated denim looks that Spears and her then-boyfriend, Justin Timberlake, wore to the 2001 American Music Awards. (Işik and Huseby’s version, modeled by a man, included a faux fur-trimmed floor-length denim coat.) For his final offering as the creative director of Bottega Veneta, the British designer Daniel Lee invited the Y2K-era legends Lil’ Kim and Mary J. Blige to Detroit to attend his show, which centered on glossy, brightly colored anoraks and blousons — a specific strain of retrofuturism that also set the tone at Celine, Etro, Tom Ford and Louis Vuitton. At Miu Miu, frayed khaki micro-miniskirts and cropped cable-knit wool sweaters called to mind the skimpy garments of the suggestively Sapphic Russian musical duo t.A.T.u., who rose to fame in the early 2000s. And on the Kim Shui runway in New York, models walked in bedazzled halter-neck dresses and skin-baring cowgirl ensembles that evoked the costumes of Christina Aguilera’s “Stripped” era circa 2002.

Yet this return to early-aughts aesthetics isn’t quite nostalgia. Nor is it entirely novel. When asked about fashion’s resurgent interest in the period, Gabriel Held, a 36-year-old Brooklyn-based stylist, pointed to the music video for the Filipina American pop star K Rizz’s 2014 reggaeton song “Salbahe,” in which she wears cerulean chaps and bikini bottoms and a rattan cowboy hat. “That,” he says, “is my best rebuttal to the idea that the Y2K revival is a new idea.” The look, which Held credits more to prolific stylists of the time such as Patricia Field and Misa Hylton than to any one designer or celebrity, has lingered for years at the outer periphery of good taste, kept alive both by the endless churn of the internet and by those with the desire and, let’s face it, the courage to stand out.

Still, by reconsidering it now, en masse and through the eyes of a younger generation, designers are offering an enticing do-over of sorts. Rewinding history by just two decades, we cannot only forget the intervening hardships of the Great Recession and the pandemic but also rewrite the past, overlaying a version of events in which we were perhaps kinder to and more tolerant of our pop-cultural heroines. Because in that bygone world we are conjuring, the future still looked bright for the three women in that too-small sports car. And now, some 16 years later, as if nothing had gone awry since, all three of them are making headlines again, for good news: Hilton has a business empire that extends from fragrances to plant-based seafood alternatives; Lohan, just engaged, is preparing her comeback; and Spears, recently released from an oppressive almost 14-year conservatorship, is free once more. We all ended up at the same place, but it’s comforting to imagine the ride here had fewer glitches.