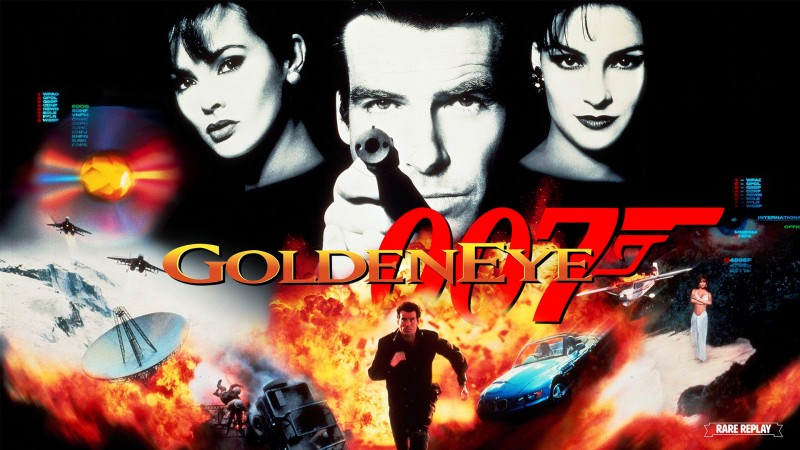 As one of the most influential and beloved shooters of all time, GoldenEye 007 is a special game for many who played it in the late ’90s. However, it’s been a long time since the game has been playable on modern consoles. That changes soon, as the revolutionary first-person shooter received a duo of announcements today. First, we learned about a Switch version as part of the Nintendo Switch Online + Expansion Pack N64 catalog. However, we also learned the title (which was developed by now-Microsoft-owned Rare), is also coming to Xbox as a part of Game Pass and Rare Replay.

When the game arrives on Xbox, it will include the classic campaign, complete with the original difficulty settings and cheat codes (no word on if “DK Mode” will be renamed to something more generic like “Big Head Mode” for the Xbox version). The Xbox version will also include the split-screen local competitive multiplayer mode that made the game such a mainstay for get-togethers in the N64 era.

Unfortunately, it does not appear as though the online multiplayer available in the Nintendo Switch Online version will make the jump to the Xbox version. However, the Xbox version of GoldenEye 007 does include improved control options (including dual analog stick support), native 16:9 resolution up to 4K Ultra HD, a consistent refresh rate, and full achievement support.

GoldenEye 007 is coming to Xbox Series X/S and Xbox One as part of Game Pass. Everyone who already owns Rare Replay will also be able to download the game at no additional cost. We don’t know exactly when GoldenEye 007 arrives on Xbox, but according to Rare, the game will land simultaneously on Xbox Series X/S, Xbox One, and Nintendo Switch Online.