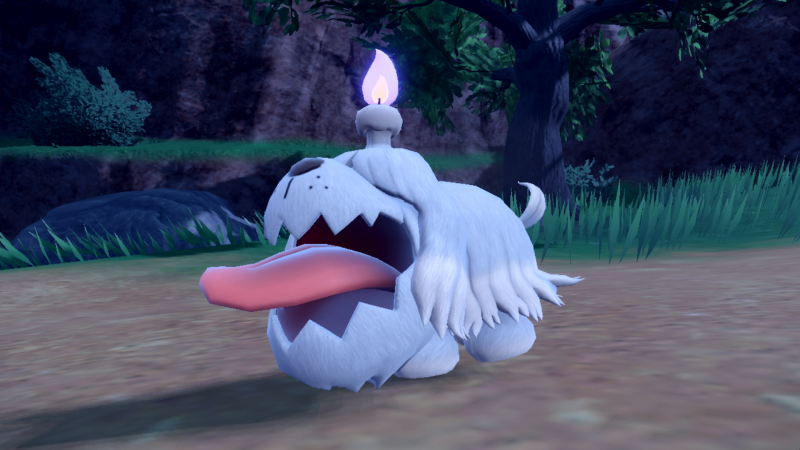 A trailer from the Pokémon Company International has revealed the Greavard, the Ghost Dog Pokémon, just in time for Halloween. You can watch the official reveal below.

Greavard is so affectionate that paying it any attention will make it so happy that it’ll follow you wherever you go. However, Greavard will slowly and inadvertently absorb the life-force of those around it.

That second sentence ties into the first part of this reveal – an animated video posted on the Pokémon YouTube Channel about a trainer searching the Paldea region for ghost-type Pokémon. They eventually stumble upon a Greavard, but mysteriously collapse after playing fetch.

Greavard’s reveal continues a trend in Pokémon Scarlet and Violet’s marketing campaign where they post animated teasers and reveals of each new monster coming to the games. It started with Grafaiai and has continued all the way up to Bellibolt, a Pokémon revealed less than two weeks ago.

If you’re hungry for more Pokémon Scarlet and Violet, check out our hands-on preview, or watch the games’ most recent trailer here.

How do you feel about this new Pokémon? What about Scarlet and Violet’s trend of reveals? Let us know in the comments!