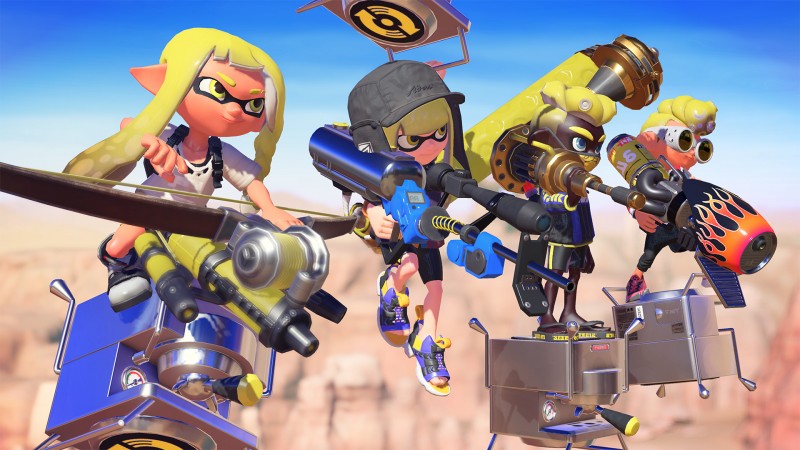 Nintendo has revealed a sneak peek at an upcoming music track from Splatoon 3. Nintendo describes “Sea Me Now” by in-universe band Front Roe as having “a melodious, punkish sound” that has been “swimming up the charts in Splatville lately.” True to the description, the track veers closer to what we had in the first Splatoon’s soundtrack, though with decidedly more of a punk-rock edge.

You can listen to “Sea Me Now” by Front Roe below.

The Splatoon series has long been known for its music, even including its in-universe artists as main characters. In the original Splatoon, pop duo Callie and Marie (AKA the Squid Sisters) ran down the news at the start of each play session, while Splatoon 2 introduced us to Pearl and Marina (AKA Off The Hook). We don’t know who the figurehead announcers of Splatoon 3 will be as of this writing.

Splatoon 3 comes to Switch on September 9. For more on what this third entry in the franchise brings to the battlefield, check out the latest gameplay trailer here or learn about its improvements on the series’ wave-based cooperative mode, Salmon Run: Next Wave, here.