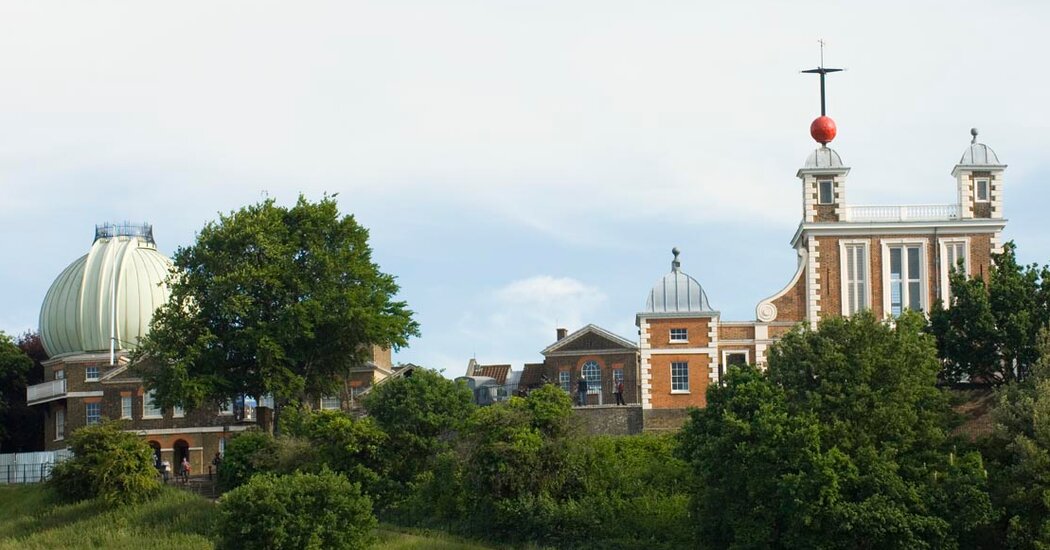 To create its newest watch, the English company Bremont acquired metal from an unlikely source: Royal Observatory Greenwich, the English institution probably best known as the birthplace of the Greenwich Meridian, the longitude line that has been used since the late 1800s to set global time.

Each watch in the limited edition of 300 pieces, which was scheduled for release Oct. 20, has a thin band of brass circling its transparent back. The brass came from a strip that the observatory had until recently mounted on a wall to represent another meridian designated by the 17th-century astronomer John Flamsteed.

The back also is engraved with the geographical coordinates of Greenwich and Henley-on-Thames, the watch brand’s headquarters, about a two-hour drive west of the observatory. On the dial, there is a line that is a homage to the Greenwich Meridian and a red circle that fades as the automatic watch loses its reserve charge, inspired by the Greenwich Time Ball, a 19th-century sphere on the observatory once used to denote daily time.

“It’s about nodding to this history without letting the watch become overrun by it and almost gimmicky,” said Nick English, Bremont’s co-founder.

The watch, called the Bremont Limited Edition Longitude, is part of a new partnership with the museum, and while neither party would describe what that might involve, Mr. English did say additional watches are not planned.

Bremont has offered historically themed timepieces before, each with its own quirky details.

For example, a 2018 watch to mark the 50th anniversary of the Concorde included aluminum from one of the supersonic passenger planes, for example, and the 2020 timepiece honoring the physicist Stephen Hawking used wood from his desk.

“We were immediately reassured that they knew how to work with the heritage sector,” said Lucy Cooke, head of development for Royal Museums Greenwich, the organization that oversees and operates the observatory as well as several other institutions in Greenwich.

She added that working with Bremont in what essentially is a licensing agreement with an additional donation had another appealing factor. “We really like the fact that it’s British.” The observatory does such watch partnerships only occasionally; about 20 years ago it worked with another British watch brand, Accurist.

Mr. English said that, like many people raised in England, his connection to the institution started early: He and his brother, Giles, Bremont’s co-founder, first visited on school trips from their childhood home near Cambridge. “This is such an important landmark in British history, I think it’s quite hard to avoid going,” he said.

Nonetheless, the alliance seems as much strategic as sentimental. “You’re getting that history and transferring that essence,” said Ravi Dhar, a professor of management and marketing at the Yale School of Management and director its Center for Customer Insights. “It will appeal to people who really care about the traditions and history and the science behind it.”

The watch is available in three versions — cases of steel, white gold or rose gold — with prices ranging from 14,995 pounds to 21,995 pounds, or $20,370 to $29,880. It also marks the debut of Bremont’s first in-house movement, the first in a series, which Mr. English said had been in development for more than a decade.

Although the observatory might not be a household name in some countries, its involvement in the watch could have more impact than an advertising endorsement, especially to top-tier watch fans.

“It’s really not a movie star or a celebrity,” Professor Dhar said, “but it is history, and history of knowledge or science or innovation, which is what’s really powerful in the watch industry.”