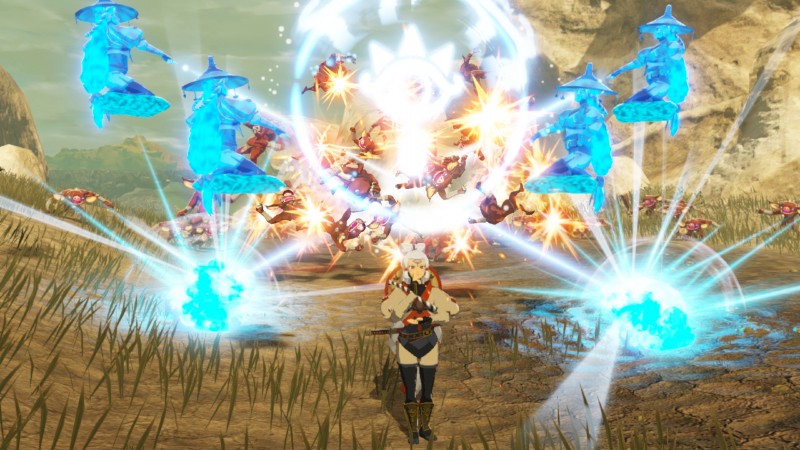 The musou genre is a long-spanning one with dozens of entries in it, but despite that, it has remained relatively niche in the grand scheme of things.

However, The Legend of Zelda: Breath of the Wild has helped buck that trend as Omega Force has revealed (on Twitter) that its Zelda musou, Hyrule Warriors: Age of Calamity, has shipped a whopping 4 million units since its release back in November of 2020. Of course, “shipped” is very different than “sold,” as this new statistic doesn’t necessarily indicate 4 million people have purchased the game, but manufacturers aren’t going to ship a game to storefronts when said storefronts have plenty in stock.

So while Age of Calamity hasn’t sold 4 million units, it has likely sold millions, which must be exciting for Omega Force. The team had to pull off quite the feat to make it a success, as creating a prequel to Breath of the Wild, one of the most celebrated games of all time, is no easy task. Omega Force even went a step further and created an expansion pass for Age of Calamity that furthered the prequel story by adding in controllable guardians, new weapons, and a rideable motorcycle to use in-game. These expansions also brought a new “Apocalyptic” difficulty to the musou as well as new challenges in the Royal Ancient Lab, new enemies, and more.

For more about Age of Calamity, read this feature on why Omega Force made this musou a prequel in the first place, and then check out our thoughts on the game in Game Informer’s Hyrule Warriors: Age of Calamity review.

Have you played Hyrule Warriors: Age of Calamity? What did you think of it? Let us know in the comments below!