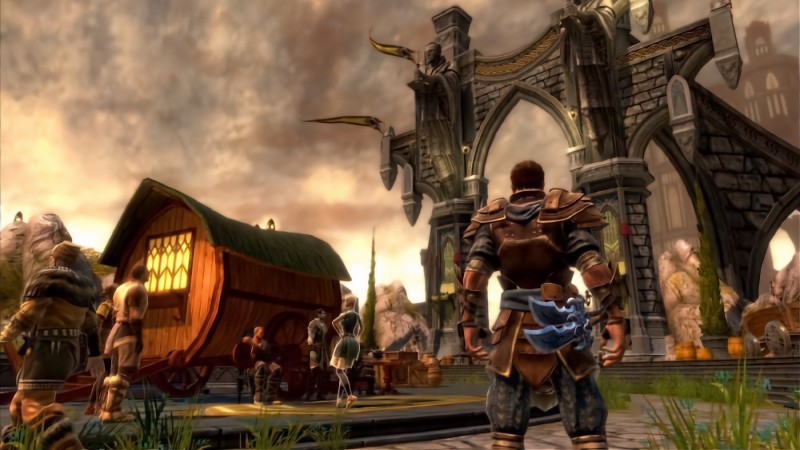 The new expansion for Kingdoms of Amalur: Re-Reckoning, Fatesworn, will be released this month.

More specifically, Fatesworn will hit PlayStation 4, Xbox One, and PC on December 14, and it will be available for $19.99. Oddly enough, despite Amalur being available on the Switch, THQ Nordic’s press release about today’s Fatesworn news doesn’t mention the Switch when it comes to platforms for the expansion.

“This year on December 14, the journey of the Fateless One continues,” THQ Nordic’s press release reads. “After the Crystal War has been fought and Gadlow has been defeated, the people of Amalur were hoping for peace to return to their lands. And although peace has indeed come to Amalur, rumors of a new threat are starting to spread, rising in the far west, the icy lands of Mithros. None other than Telogrus, the God of Chaos himself has awoken and is gathering followers to throw the whole world into chaos.”

You must own the base Kingdoms of Amalur: Re-Reckoning in order to purchase and play Fatesworn, which will be out on December 14. Perhaps more interesting than the content of Fatesworn is the fact that it’s an expansion for a game that came out 10 years ago. That’s quite unheard of in games, especially single-player ones. For more about the game, check out the Game Informer Kingdoms of Amalur: Re-Reckoning hub.

Will you be heading back to Amalur for Fatesworn? Let us know in the comments below!