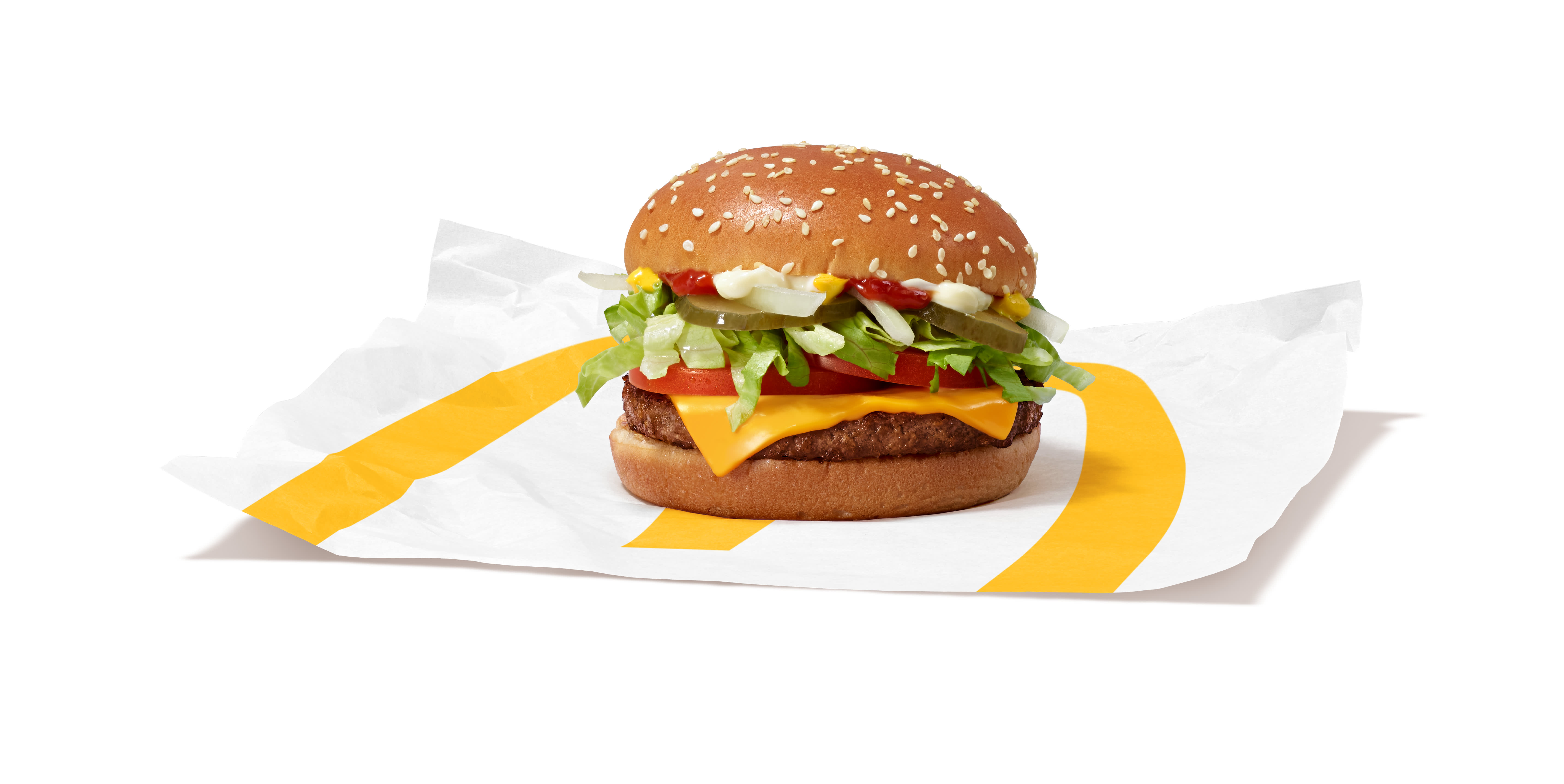 McDonald’s will test the plant-based McPlant burger created as part of its partnership with Beyond Meat in eight U.S. restaurants next month.

The trial is the latest step in McDonald’s cautious march to add plant-based meat to its menu. The company has taken its time to learn more about the longevity of meat substitutes and consumer demand, even as other fast-food chains raced to add the trendy item to their menus. For example, rival Burger King, which is owned by Restaurant Brands International, added the Impossible Whopper to its menu more than two years ago.

Starting Nov. 3, McDonald’s customers in Irving, Texas; Carrollton, Texas; Cedar Falls, Iowa; Jennings, Louisiana; Lake Charles, Louisiana; El Segundo, California; and Manhattan Beach, California, can order the McPlant for a limited time. The meat-free patty’s ingredients include peas, rice and potatoes, and the McPlant burger will include mayonnaise and a slice of American cheese and will be cooked on the same grills as its beef patties, according to McDonald’s.

The company said the limited test is supposed help the chain understand the impact of introducing a plant-based burger on its operations. New menu items add more complexity to kitchens, and a nationwide labor crunch has compounded the issue.

McDonald’s global footprint represents a massive opportunity for Beyond Meat as the preferred supplier of its plant-based patties. The two companies announced a three-year partnership in February.

The fast-food giant has already started selling McPlant burgers in some international markets, including Sweden, Denmark, Austria, the Netherlands and the United Kingdom. Before the official announcement of the McPlant line, McDonald’s tested a meatless burger that used a Beyond patty in several dozen Canadian restaurants in September 2019. By the following April, the chain had ended the pilot and has since said that it has no plans to bring back its P.L.T. burger.

A growing number of consumers eat meat substitutes from Beyond or Impossible Foods, citing the health or environmental benefits of opting out of traditional meat. For restaurants, adding plant-based meat to the menu can draw in new consumers and help the companies reach their sustainability goals. One downside for plant-based meat, however, is the higher cost for both restaurants and consumers. The cost of the McPlant burger will be on par with McDonald’s other burgers during the U.S. test.

Shares of McDonald’s have risen 13% this year, giving it a market value of $187.06 billion. Beyond’s stock has fallen 16% in the same time period, dragging its market value down to $6.64 billion.