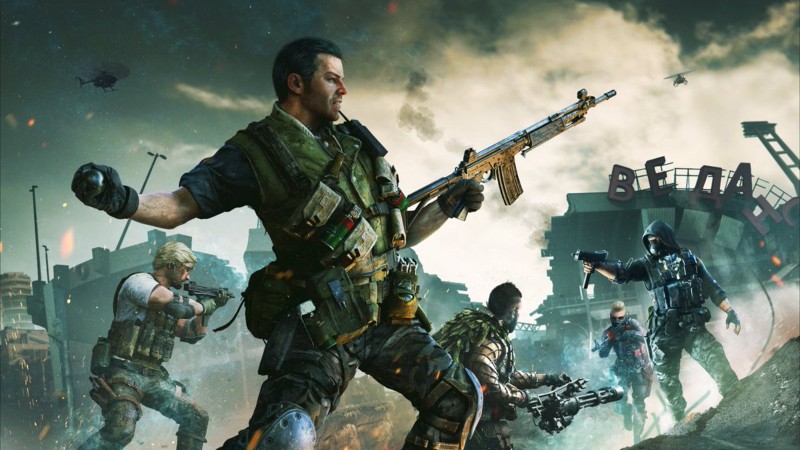 Yesterday, employees at Raven Software staged a walk-out protesting last week’s surprise layoffs of a dozen of its QA department contractors. The terminations created an uproar within the Call of Duty support studio, as the firings affected a reported third of its entire QA team. Furthermore, several terminated employees had recently been hired and relocated to the studio’s Madison, Wisconsin office – in some instances, out of their own pockets. The protests continue today, and workers at other Activision Blizzard offices have joined in.

According to The Washington Post, the virtual walk-out began at 10:15 am Eastern. It’s unclear how many employees are participating, but it includes QA staff from Activision Blizzard’s Minnesota and Texas offices as well as those at Blizzard’s Irvine California headquarters. They demand that all QA workers, including those fired, be offered full-time positions within the company. Activision Blizzard sent its official response to the Post saying, “We support their right to express their opinions and concerns in a safe and respectful manner, without fear of retaliation.”

Today workers from Raven QA are walking out for the second day in a row. They are joined by workers from QATX, QAMN, and Blizzard QA. These workers are standing in solidarity with the statement Raven QA put forward yesterday. They are using the social media hashtag #WeAreRaven

Raven studio head Brian Raffel reportedly apologized to staff for the muddled communication, stating that the layoffs are actually the studio choosing not to renew temporary employment agreements. Yesterday, an Activision Blizzard spokesperson reached out to Game Informer with a statement clarifying that the layoffs are part of a broader restructuring:

“Activision Publishing is growing its overall investment in its development and operations resources. We are converting approximately 500 temporary workers to full-time employees in the coming months. Unfortunately, as part of this change, we also have notified 20 temporary workers across studios that their contracts would not be extended.”

The walkout is being shared on Twitter using the hashtag “WeAreRaven,” with many industry workers sharing threads with job openings for the soon-to-be unemployed workers as well their own experiences working with Activision. This week’s events mark Activision’s third employee walkout in five months. The first occurred on July 28 to protest Activision’s “abhorrent” response to the State of California’s ongoing sexual harassment lawsuits. The second walk-out took place November 16 after a Wall Street Journal report revealed that Activision CEO Bobby Kotick was aware for years of Activision’s sexual abuse problems but withheld that knowledge from the board of directors.