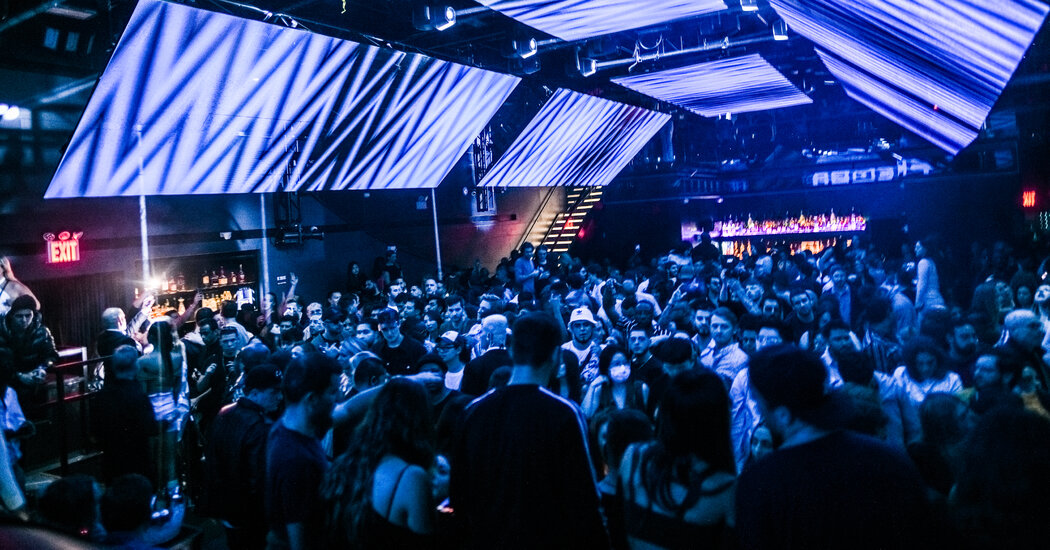 Two years ago, Yang Gao and Richie Romero were watching over a very noisy and very expensive construction project: Digging down, down, down, beneath the floor of an old building on West 41st Street, just off Times Square.

Mr. Gao, an entrepreneur, and Mr. Romero, a nightlife impresario, were carving out Nebula, a giant dance club. By blasting into the bedrock, the ceilings could be that much higher — 27 feet above the dance floor.

Known in the tabloids as a “club king,” Mr. Romero had definite ideas about what Nebula should and should not be. The main thing was, it had to be the kind of place where people would actually dance, rather than lounge the night away in banquettes.

That’s how it used to be when he started going into Manhattan from Queens as a teenager, eager to show off his moves at Tunnel, Palladium and Club USA. Everybody went out on the floor back then. You mingled. You sweated. You got into it. By age 18, Mr. Romero was working as a promoter of parties at Limelight. He was armed with a beeper and a list of more than 2,000 names and numbers. If your name was the list, Richie waved you in.

“Manhattan was the king of the world back then,” Mr. Romero, 46, said. “The stages were bigger than the DJs. Every DJ wanted to play them.”

He was sitting in Nebula’s balcony during off hours. The place was empty and quiet. He recalled an early success he had, taking on the challenge of Monday nights at the China Club and just packing the place.

Manhattan may still be the epicenter of finance and media, but the club scene has moved elsewhere — Miami, Berlin, Las Vegas, even Scottsdale, Ariz. These days, New York is “the little stepsister,” Mr. Romero lamented. And although Marquee is going strong on Tenth Avenue, New York’s nightlife energy has moved on to Brooklyn.

With Nebula, Mr. Romero and Mr. Gao are hoping to return Manhattan to its glory nights. Mr. Gao said he plowed some $12 million into the project, a huge gamble to take in the middle of a pandemic, when nightlife was on lockdown.

“Dealing with the uncertainty of it all scared the hell out of me,” Mr. Romero said.

At 10,000 square feet spread over three levels, Nebula was the largest new nightclub in the city when it opened last September. The main dance floor is 5,000 square feet. A D&B sound system pumps out the beats. Six LED projection screens descend from the ceiling to enclose guests in trance-like visuals.

The multimedia aspect has appealed to the tech crowd. “Every NFT company wants to come here and do something,” Mr. Romero said.

Nebula has also become a go-to place for newly minted 13-year-olds: “Funny,” he added. “We’re like the king of the bar mitzvahs now.”

The private events, which take place on weeknights, are a lucrative sideline to the main attraction: weekend dance parties with top DJs from around the world, including Jamie Jones, Artbat and Eric Prydz, all of whom are scheduled to perform at Nebula this month.

As New York’s clubs have become more lounge-like in recent years, with a focus on bottle service for high rollers who lay out $10,000 to $20,000 for a private table, Nebula is decidedly old school.

“I want to capture the people that are artistic, that are able to go into the club and appreciate the music,” said Mr. Gao, Nebula’s owner.

Mr. Gao, 42, is new to the nightlife industry. A classically trained oboist who once played in the Hong Kong Philharmonic Orchestra, he said he has a hand in several businesses, including a wine store in Astoria and East River party boats. About five years ago he started looking for club space in Manhattan, insisting the ceiling height be at least 21 feet. After signing the lease in late 2018, he sought out Mr. Romero.

Nebula’s location has a long history in clubland. It was formerly Saci, Show and Arena. Most recently, it housed Circle, a Korean American spot that defined going out for a generation of the Asian and Asian American communities in New York until it closed in 2018. Mr. Romero promoted parties at all of those venues, except Circle. In recent years, he drifted out of nightlife and got into quick-service restaurants, opening a pizza chain, Zazzy’s, only to be lured back by Mr. Gao.

“I believe in good bones. And this room always had good bones,” said Mr. Romero, who speaks at 200 beats per minute. “Sat down. Saw the vision. Came in here. We started putting it all together and made Nebula Nebula.”

Business boomed in the brief window between opening and Omicron, Mr. Romero said. Since then, supply chain problems have led to shortages of Don Julio 1942, the club’s most popular tequila. The banquettes meant for the edges of the main dance floor didn’t arrive until last week.

For those who remain wary of big crowds, Mr. Gao designed private rooms at the basement level, each with its own sound system, lights and bathroom. Despite reports of coming Covid-19 waves, he said he is optimistic.

“I know that people want to come out,” Mr. Gao said. “People long for human interactions. That’s when I decided that this sector isn’t going away.”

At 12:30 a.m. on a recent Tuesday, Nebula’s main dance floor was nearly full. As images flashed on the LED screens, several hundred clubgoers were dancing to Lady Gaga’s “Poker Face.” The event was Tuesday Baby Tuesday, a night set aside for people who work at nightclubs.

“It’s an industry night,” Jonas Young-Borra, 37, a musician and former male model who described himself as the “left-hand, right-hand” to Mr. Romero, said over the music. “You get people from other clubs who can’t go out on the weekends, plus the 21 and up crowd.”

Mr. Romero, who stood watching the action on the dance floor, said that, in terms of the crowd, this was a bit slow for a Tuesday. He promised a bigger turnout the following week, when 50 Cent would be making an appearance. But after two years of social isolation, it was incredible all the same to see hundreds of bodies so close together, without masks or discernible phobias. Hostesses brought Champagne bottles topped with sparklers to the V.I.P. section.

New York has changed since Mr. Romero’s Limelight youth, but he was determined that some things would not.

“It’s important,” he said, “that we keep Manhattan thriving.”