Tiny Tina’s Wonderlands is right around the corner – it hits PlayStation and Xbox consoles, and PC, on March 25 – and Gearbox Software has been doling out new information about classes, locations, and more. Today, that stream of information continues with a new trailer that reveals the final two classes in the game.

We learned about Tiny Tina’s Wonderlands’ Stabbomancer and Brr-Zerker classes back in October. Then, in December, we learned about the Spellshot and Clawbringer classes. Now, the final two classes, Spore Warden and Graveborn, have been revealed in a new trailer detailing how each works.

“Graveborn are death-touched acolytes who sacrifice health to unleash devastating Dark Magic attacks and become the phantasmal Reaper of Bones,” a Gearbox press release reads. “They use their Demi-Lich Companion and sacrificial Action Skills to enact suffering upon their enemies, even at the cost of their own life force.”

Any spell cast by this class will cause the Demi-Lich to cast their spell, and a Graveborn-cast spells can trigger Kill Skills to summon demonic minions, too. The Spore Warden, on the other hand, is a master of nature who summons tornadoes and fires off arcane arrows into the frontlines of enemies. Oh, and they have a toxic-spewing mushroom companion.

“They are Gun and Companion specialists that can significantly boost the abilities of their companions and allies while laying down withering firepower and slowing advancing enemies with Frost tornadoes,” according to the press release. “Speed and distance are a Spore Warden’s best friends.” 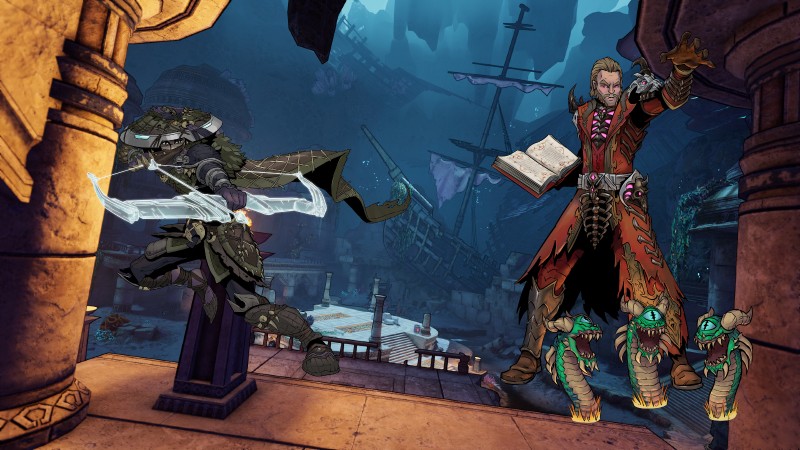 That’s not all that Gearbox revealed today in regards to Tiny Tina’s Wonderlands. We also learned about the new Multiclass system that allows players to wield two of the game’s six classes. When you begin the game, you’ll choose one of the six following classes: Stabbomancer, Brr-Zerker, Spellshot, Clawbringer, Graveborn (above on the right), or Spore Warden (above on the left). As you progress through it, though, you’ll gain access to a Multiclass system that opens up a secondary class slot.

“Each class is defined by a permanent Class Feat, two iconic Action Skills to choose between, and a skill tree loaded with passive abilities,” the press release reads.

Finally, we learned a little more about the world of Tiny Tina’s Wonderlands, starting with two new areas: Crackmast Cove and Drowned Abyss. The former is a haven for necrotic naval enemies like pirates and others, while the latter is a “nightmarish expanse” that lies beneath the ocean waves, underneath the wreckage of ships, and more. 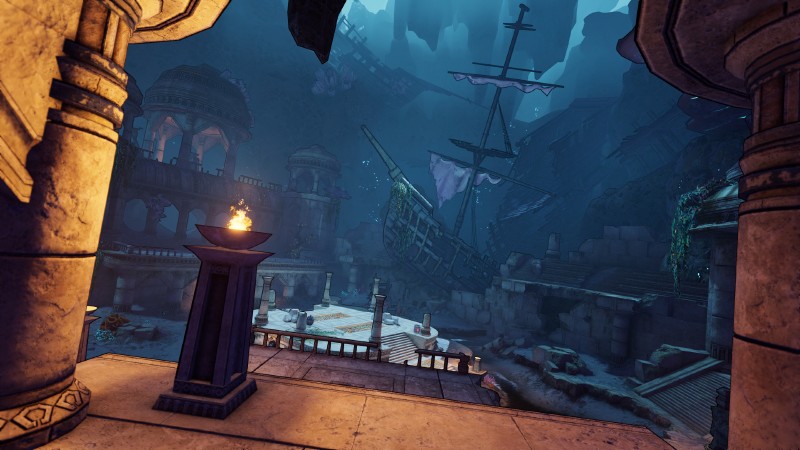 “Bones Three-Woods’ long, intricate, and sad backstory is so well thought-out and definitely written in advance that just hearing it will make you cry your kidneys out of your eyes,” the press release reads. “Leading from the prow, Bones only sailed in the most dangerous waters, always emerging victorious and laden with booty. Or, he would if still had a crew. Now, he spends his days guarding the southern gate of the Briny Shelf. He sings songs to remind him of better days, when loot, love, and life seemed to last forever.”

Which class are you going to select in Tiny Tina’s Wonderlands? Let us know in the comments below!