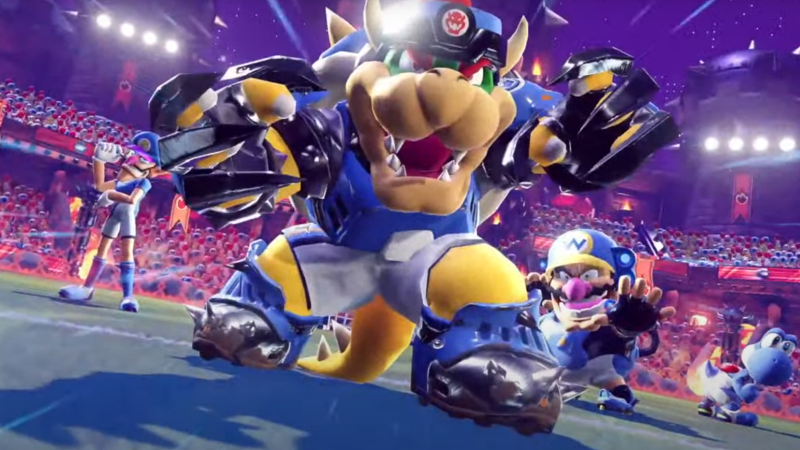 Today during Nintendo’s latest Direct presentation, the company announced Mario Strikers: Battle League, a new entry in the series with an action-focused take on soccer. The game will be released on June 10, though pre-orders are available now.

Twisting the original sport, Battle League pits two teams of five against each other to – as you might expect – score more goals than the opposing team. While the game can be played alone, it also features up to eight-player multiplayer and the ability to join online soccer leagues.

Check out the trailer below:

Also shown in the trailer are all of the gear options, which change and improve player stats. Taking a cue from other Nintendo-themed sports games, Battle League encourages players to use various attacks against their opponents – including, but not limited to, tackles, shell attacks, and “hyper strikes,” which appear to be very powerful attacks.

Nintendo announced pre-orders for Battle League are available today. The game will be released for the Nintendo Switch on June 10.