One of Overwatch’s most popular annual events was Halloween Terror, which brought not only Halloween-inspired skins and rewards to the game’s loot box system but a unique PvE experience.

Halloween Terror has returned, this time to Overwatch 2 and much like the years of experiences before it, this year’s event comes with skins, rewards, and a semi-sequel to the first game’s Halloween PvE experience, Junkenstein’s Revenge. The new PvE mode for Overwatch 2 is now called Junkenstein’s Revenge: Wrath of the Bride and you can jump in starting today, October 25.

“Return to Adlersbrunn alongside four fresh faces to experience an all-new story as the Bride of Junkenstein seeks vengeance upon those responsible for the death of her creator,” a blog post about the limited-time co-op mission reads. “Complete challenges to unlock special rewards like the Nightfall Over Adlersbrunn Name Card, the Jack-o’-Lantern Weapon Charm, Battle Pass XP, and other spine-tingling rewards. Dr. Junkenstein will also be making a grand reappearance in the original Junkenstein’s Revenge co-op Brawl, returning for a limited time to Halloween Terror 2022.” 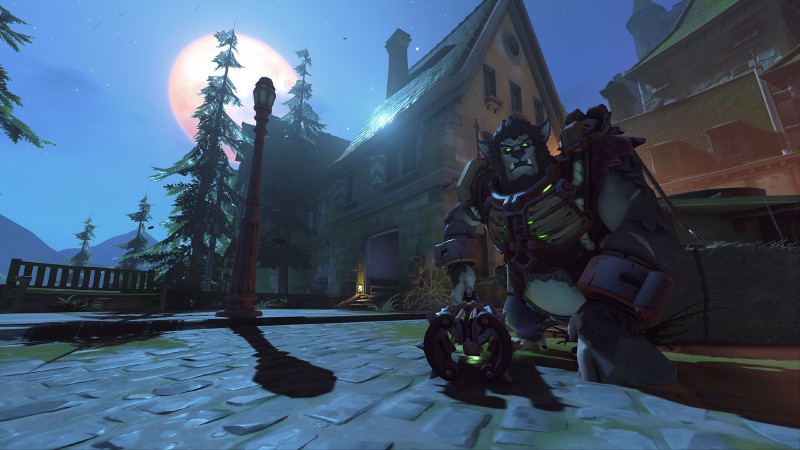 Alongside this event, Blizzard is also running a Double Match XP weekend for Overwatch 2 starting October 28 and lasting until October 31. All players who login to Overwatch 2 sometime during the Halloween Terror event through the end of Season One will receive the Cursed Captain Reaper Legendary Skin and Health Pack Weapon Charm as well.

Are you going to check out Halloween Terror this year? Let us know in the comments below!