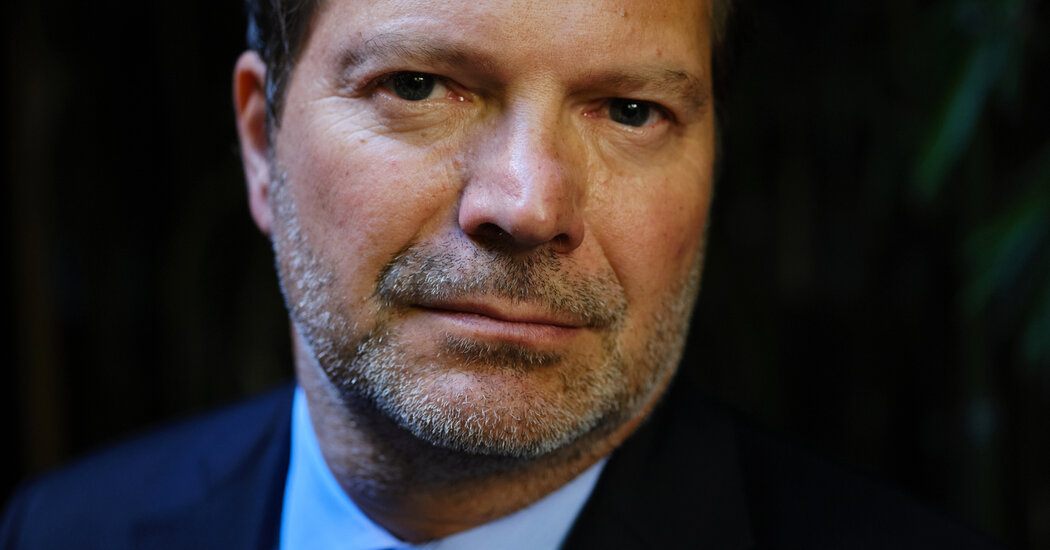 When Johann Rupert, chairman of the Richemont group of luxury brands, told investors in late 2016 that he wanted to see “less gray Frenchmen” running his businesses, it seemed the die was cast.

Change at Richemont’s watch brands followed. Within a year, Chabi Nouri, a Swiss woman with marketing experience at Cartier and British American Tobacco, had been appointed chief executive of Piaget, succeeding Philippe Léopold-Metzger, who had been at the helm for almost 20 years. Then Catherine Rénier, a former president of Van Cleef & Arpels’ Asia Pacific division, took the reins at Jaeger-LeCoultre.

Asked about Mr. Rupert’s assertion at that 2016 meeting that “we have too few women. We don’t have enough diversity,” Mr. Comar was diplomatic. “I tried to be myself,” said the genial executive, speaking on a video call while traveling in Spain last month. Of Ms. Nouri, who now works in private equity, he said: “We spoke, we did a handover. She stayed in the company for a year after.”

Mr. Comar, who was born in Paris and now lives in Geneva (where Piaget is headquartered), had work history with Richemont. Early in his career, he had spent 12 years in marketing at Cartier before stepping outside the group to become Chanel’s jewelry director. Just before joining Piaget, he was chief executive at Repossi, a jewelry company owned by LVMH Moët Hennessy Louis Vuitton, a Richemont rival.

How was the return to Richemont? “I’ve come back home after I ran away for 16 years,” he said. “I didn’t move from a fashion brand to a jewelry brand. The transition was easy as it’s the same product.”

Like Repossi, Piaget is a jeweler, but before it created its first feminine accessories in the late 1950s, the Swiss company was a watchmaker, founded in 1874. It is credited with being a leader in ultrathin mechanical watchmaking, until recently holding the record for the world’s thinnest mechanical watch with the Altiplano Ultimate Concept, a 2-millimeter sliver that won the top prize at the Grand Prix d’Horlogerie de Genève in 2020 (price on application).

Today, while Richemont does not release financial or production details about individual brands, the financial services company Morgan Stanley has estimated that around 60 percent of Piaget’s revenue is from watches (compared, for example, to 40 percent at Cartier).

For decades, the Piaget name has been closely associated with society and culture’s most influential characters. In the 1970s, the brand — led at the time by Yves G. Piaget, the fourth generation of the Piaget dynasty — rose to prominence in New York, attracting celebrity customers such as Andy Warhol, Ursula Andress and Sammy Davis Jr. with its blend of artistry, artisanship and glamour. It also collaborated with Salvador Dalí.

Mr. Comar — who studied finance at Paris Dauphine University, but said he was more product focused — appeared to be acutely aware of the legacy he had inherited. “It was very visionary what Mr. Piaget did,” he said. “The excellence on one side and the extravagance on the other. I call it ‘extrelegance’.”

As chief executive, Mr. Comar will be expected to revive Piaget, which has stalled since the pandemic. According to Morgan Stanley’s annual watch report, published in March, Piaget’s 2021 revenues were estimated to be 278 million Swiss francs ($287 million).

That was significantly less than the 317 million Swiss francs that Morgan Stanley had estimated Piaget achieved in 2019, a gap that, if accurate, would now leave the brand lagging behind the top 20 Swiss watch companies by revenue.

For example, Morgan Stanley estimated that Chanel’s watch division increased its revenues to 260 million Swiss francs in 2021 from 150 million Swiss francs in 2019. Other multidisciplinary luxury brands, including Cartier, Chopard and Hermès, also grew their watch revenues significantly between the two years, according to the Morgan Stanley estimates.

“Piaget was more dependent on tourism than the rest,” Mr. Comar said by way of explanation, also pointing to continuing Covid-related uncertainties in China where the company’s slim, classic watches have been popular. “It was less local customer driven, so it took more time.”

While not disclosing figures, he said Piaget had contributed to Richemont’s 2022 first quarter sales growth of 12 percent (at constant exchange rates) and was on track to exceed 2019’s revenues this year.

Some industry observers felt Mr. Comar’s limited experience of the watch sector might hold him back at Piaget. “He has a strong track record in jewels but lacks experience in the watch business, just like Chabi,” wrote Oliver Müller, founder of the Swiss luxury consultancy LuxeConsult and a contributor to the Morgan Stanley report, in an email. “But he’s certainly smart enough to hire the right people to compensate for that.”

Not everyone agreed. “Benjamin Comar has likely got plans to reinstate Piaget’s ability to surprise — after all, while at Chanel he was responsible for the launch of the Monsieur, a stellar watch,” wrote Bill Prince, acting editor in chief of Wallpaper magazine, in a message. “I imagine he’s cooking up something no less impressive at Piaget.”

Piaget’s future may depend on the success of its Polo line, a luxury sports watch model based on an Yves G. Piaget design from 1979 that was reintroduced in 2016. Mr. Comar said Polo, which retails from $11,600 for the Polo Date, was now Piaget’s best-selling model and at the heart of a narrower product focus for the brand.

“We had too many product lines,” he said. “We used to be a leader in the sports watch segment, but we forgot this market in the 2000s and 2010s, focusing more on Altiplano and classical watches. The market changed to sports watches. We made the turn a bit late, but now we’re catching up.”

But Mr. Müller said Piaget had to make up a lot of lost ground. “Piaget is probably the high-end brand that lost most momentum during the last 10 years in the whole watch industry,” he wrote. “It needs to become trendier with younger customers. Its clientele is in the 50-plus category, especially in Asia.”

Mr. Comar already has made changes, rethinking Piaget’s marketing strategy with a new, more youthful campaign to be introduced this month. “There was no marketing direction for a long time,” he said. “We have four clients: in fine jewelry, high jewelry, and men’s and women’s watches. The communications were different for each, and I tried to bring them together.”

The brand is also no longer working with ambassadors such as Jessica Chastain and Ryan Reynolds, although the movie stars had been dropped before his arrival.

And Mr. Comar said he had no plans for Piaget to continue competing for thinness records. (Richard Mille’s RM UP-01 Ferrari, at 1.75 millimeters thick, now holds the crown.)

Instead, he said he wanted to return to the approach of the 1970s. “I would like Piaget to be a genderless brand, like Cartier,” he said. “We will be successful if we continue this mix of 1970s extravagance and excellence, and transmit that to future generations.”