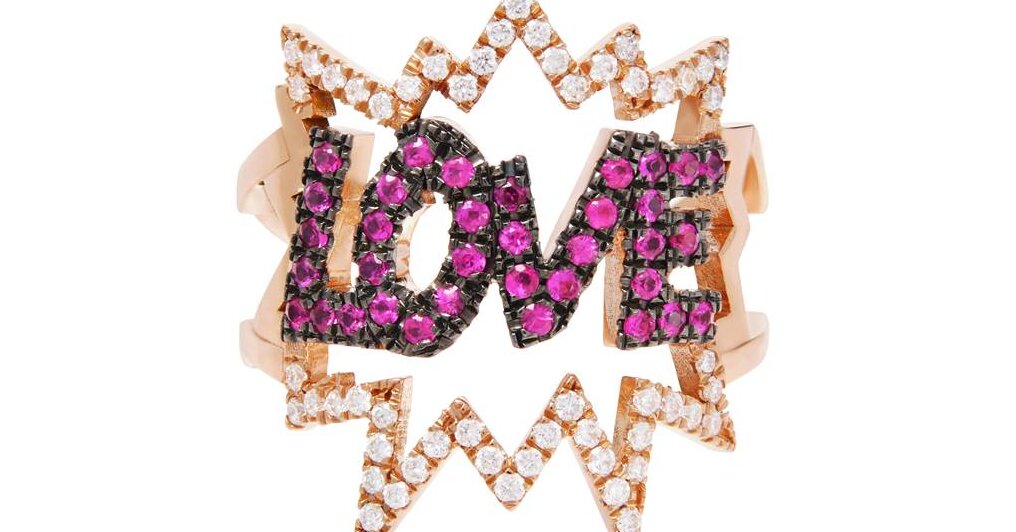 When Princess Eugenie of Britain unveiled her pink-orange padparadscha engagement ring in early 2018, neither she nor her then-fiancé, Jack Brooksbank — who said he chose the oval gem — could have anticipated the craze for pinkish sapphires today.

Not that the princess’s ring was the primary factor. There is a passion for pink in fashion; in politics, with a pussy hat from the 2017 Women’s March now in the Smithsonian; and in diamonds, like the 10-carat pink diamond that the rapper Lil Uzi Vert had implanted in his forehead — and then removed — earlier this year.

The beauty of the pink sapphire is rooted in the stone’s hardness, which “is second to diamond,” said Joanna Hardy, author of “Sapphire: A Celebration of Colour,” published this fall by Thames & Hudson in association with Violette Editions and Gemfields. And, “the luster is really, really good. You can get sharp facet edges and therefore that really helps to bring out the color.”

Selim Mouzannar, the Beirut jeweler who created a one-of-a-kind white gold cuff set with pink sapphires and tsavorites ($68,640) among other pieces this season, described the pink sapphire as “soft, silky, bright pink.”

“When the pink sapphire crystal reflects the light, you receive to your eyes something special,” he said — and the color changes as the gem is seen from different angles.

It is the kind of appeal that prompted Siobhan Bell, 32, an international D.J. and music producer based in Los Angeles, to say she hopes that someday a pink sapphire will be the highlight of her engagement ring. After all, pink is her favorite color and, she said, “sapphires are more exclusive” than diamonds.

Ms. Hardy said most pink sapphires are mined on the islands of Sri Lanka and Madagascar. Sri Lanka’s history with the gem (including the famous Ceylon blue version) stretches back thousands of years; its sources include the Bibile mines in the center of the island’s eastern region, the Elahera Gem Field in central Sri Lanka and the Pelmadulla mine in the southwest, where padparadscha sapphires are found. (The name padparadscha comes from the Sanskrit word for lotus blossom, whose petals have the same pink and orange hues as the stone.)

Madagascar actually did not become an important source until 1998, when the gem was discovered in the town of Ilakaka. Now, “you get every color under the sun in Madagascar,” Ms. Hardy said, noting that the stones in both countries actually are similar in composition “because back in millions and millions of years ago Madagascar and Sri Lanka were next door to each other.”

As for pricing, “when it comes to big sizes, the price is based on many parameters: clarity, luster, size, shape, color,” Mr. Mouzannar wrote in a later email, adding that sapphires that have not been heated (to enhance their colors) are more valuable than heated ones.

But generally comparing small gems of less than a carat weight, a pink sapphire is 60 to 75 percent cheaper than a diamond, he said. And “when you go for bigger size, the difference will be higher and can reach 90 percent,” Mr. Mouzannar wrote, noting that a two-carat diamond is around $15,000 compared with $1,000 for a two-carat pink sapphire.

Yet pink sapphires can be more expensive than emeralds and semiprecious stones. For example: The Los Angeles-based jeweler JupiterGem is offering an unheated 1.11-carat padparadscha sapphire for $2,822, a 1.22-carat unheated pink sapphire for $2,393, a one-carat natural emerald for $2,173 and a 1.32-carat natural aquamarine, a semiprecious stone, for $495.

This Christmas season, jewelry offerings are popping with pink.

There is a $13,300 18-karat rose gold Boghossian necklace with an icicle pendant of pink sapphires “set at every angle, so they appear to melt together as one,” according to Net-a-Porter.com. Then there is Alison Lou’s heart-shaped pink sapphire stud earrings set in enamel ($2,450), Anita Ko’s rose gold pink sapphire ring that coils around a little finger ($2,000) and Sydney Evan’s pink sapphire beaded bracelet with its enameled and diamond-accented evil eye ($1,135).

Even the high jewelry collections this year included pink sapphires. Take Dior Joaillerie’s Dior Rose collection, which had the gems glittering in the centers of some of its diamond roses. Or Van Cleef & Arpels, which gave its Between the Finger rings some spark with a 27.57-carat cushion-cut pink sapphire in its Sous les Étoiles collection.

And large stones are appearing. Case in point: the 23.89-carat cushion-shaped pink sapphire at the center of Moussaieff’s bejeweled white gold pendant, which went on sale last month. It has been five years since Alisa Moussaieff, the house’s chairwoman and owner, bought the stone from a Hong Kong dealer — but now was the time to use it, as “people are asking for pink,” she said.

“The pink sapphire, I mean, that represents to me the pink and love,” said Ms. Bell, the D.J. “And I just think, it’s an era right now where everyone is trying to be positive and think love thoughts.”

For Maddison May Modupe-Ojo, 27, the pink hue reminds her of “the feminine movements that are happening in every area.” (But there is a fashionable side, too. To clash with a red dress, Ms. Modupe-Ojo said during an interview last month, she planned to wear a pair of Le Ster 18-karat yellow gold earrings with pink sapphires, diamonds and tourmalines to a book launch and film screening the following night).

Making jewelry with pink sapphires is more complicated than it seems, said the independent jewelry designer Suzanne Kalan, 63, who is based in Los Angeles and has used the gem since 2009.

This season, for example, she used showy pear-cut pink sapphires for one-of-a-kind 18-karat rose gold drop earrings with baguette-cut diamonds. “These stones were shiny and full of life and a beautiful color — not too pale and not very dark, like red,” Ms. Kalan said.

The London jeweler Diane Kordas, 59, said she places her pink sapphires with precision to direct the design. “I didn’t want to have the heaviness on top by the ear,” she said of her Rainbow sapphire hoop earrings (£3,083). “I wanted to have it at the bottom so that the eye would draw down so I used the pink more at the top.”

While designers generally agree that pink sapphires will continue to be popular, several see other colors threatening pink’s dominance.

Ms. Kalan predicted that light blue will be the next sapphire color as “it’s not typical,” although, she added, it “won’t be as big as the pink.” Mr. Mouzannar said green sapphires could cut through as, he said, customers are looking for niche jewelry.

And Alicja Wooles, managing director of Holts Gems in London’s Hatton Garden, said clients have requested teal sapphires, stones with an unusual blend of blue and green colors. Why? Because “people want to be different,” she said.