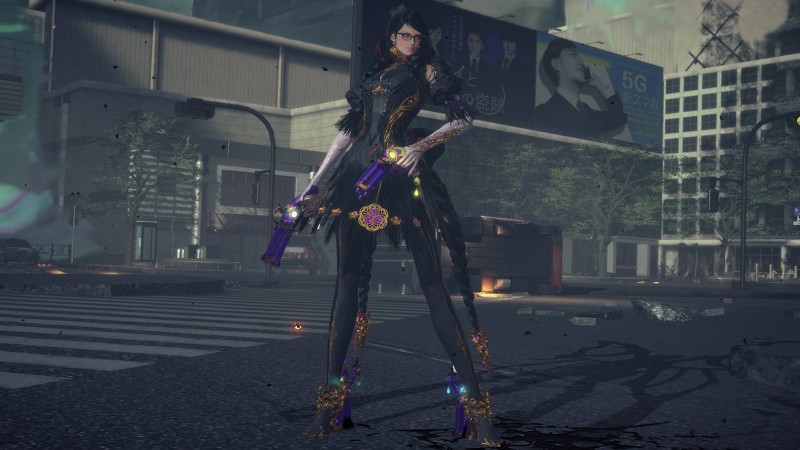 Over the past weekend, former Bayonetta voice actor, Hellena Taylor, released a Twitter thread of videos explaining why she did not return to voice the titular character, saying she was only offered $4,000 to perform in the game.

Taylor was replaced by famed voice actor Jennifer Hale, best known for roles such as female Commander Shepard in the Mass Effect series and hero Ashe in the Overwatch franchise. Bayonetta developer Platinum Games told Game Informer in our cover story coverage this change happened due to “various overlapping circumstances.” Taylor was quiet on the issue, and many presumed this was due to non-disclosure agreements common in the video game industry. However, on October 15, she released multiple videos explaining that she was offered “immoral” compensation, whipping the internet and Bayonetta fandom into a flurry of anger toward Platinum.

However, a new Bloomberg story, further corroborated by Video Games Chronicle, reveals new details that show there’s more to this story and that Taylor’s claims are reportedly untrue.

According to Bloomberg’s sources who have knowledge of these events and how they played out, Platinum was determined to rehire Taylor to voice Bayonetta. The studio offered her $3000 to $4000 per session to voice the character, with plans for at least five sessions consisting of four hours in the voice recording studio (VGC’s sources said it could have been as few as four sessions, though). Bloomberg also viewed documentation to further confirm these negotiations. One of VGC’s sources told the publication that this offer, which would have totaled around $15,000, was a significant increase compared to what she received for Bayonetta 2.

In response to this, Taylor reportedly requested a six-figure payment and residuals on the game. Platinum declined this counteroffer and, after the two parties couldn’t come to an agreement, began holding auditions for a new voice actor. Hale was given the role. Bloomberg reports that Platinum later offered Taylor a cameo in the game, with payment for one session, but she turned it down.

Taylor told Bloomberg in an email that this recounting of events was “an absolute lie” and that Platinum was “trying to save their ass and the game.”

“I would like to put this whole bloody franchise behind me quite frankly [and] get on with my life in the theatre,” she wrote in the email, according to Bloomberg. Neither Platinum nor Nintendo returned requests for comment from the publication. Taylor echoed similar sentiments to VGC in private messages, according to the publication’s story.