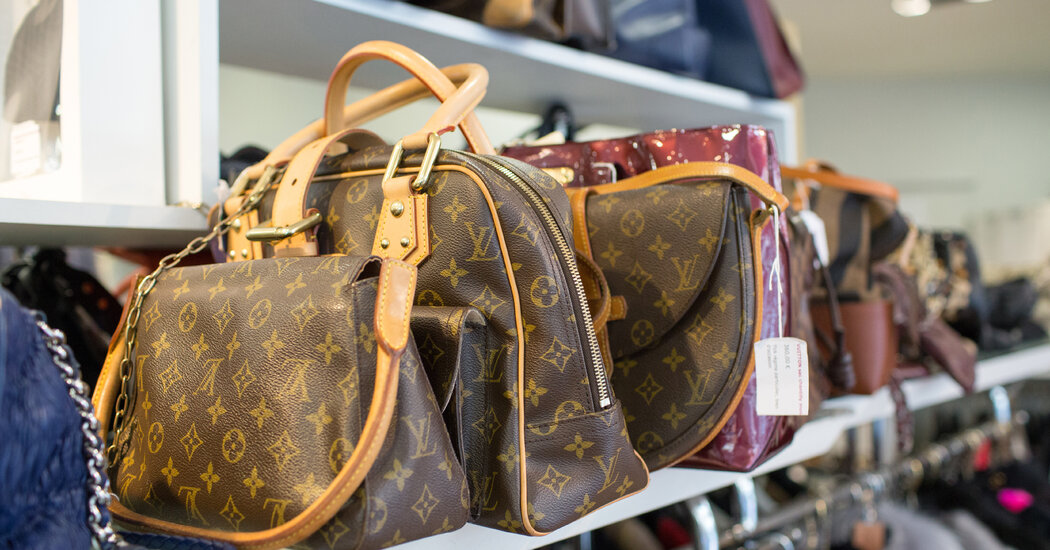 Prices vary by condition, but, as an example, a selection of gold Cartier Love bracelets recently were priced at about $6,000 each on 1stdibs, about $1,500 less than similar styles on Cartier’s site.

Shoppers like Ann Bamesberger, an executive at a medical research company who lives in Palo Alto, Calif., enjoy those deals. Last year, she bought a resale Hermès scarf for a friend from the RealReal for about $150, around a third of its retail price. The recipient, she said, “was so thrilled.”

Ms. Bamesberger, who is fond of brands like Gucci and Bottega Veneta, said she liked to receive resale gifts from her friends, who tend to spend a couple hundred dollars on each other’s gifts. “I’d rather do the brand and have it be gently used and get something that I love,” she said.

But buying from the resale market is, like so many things, affected by supply and demand. “You can raise the prices more during the holiday season, and people will buy it,” said Paola Tapia, an independent luxury authenticator based in Atlanta who also sells previously owned designer items on Poshmark and her own website.

Frenzied gift shoppers, she said, are willing to pay more for certain items, sometimes even more than the retail price. “They’re impulse buyers,” she said. “They need to act fast, because if they can’t find it anywhere else, they’re stuck.”

She added that resale prices could go up more than 20 percent this time of year for classics like Louis Vuitton’s Speedy, a satchel available in different sizes.

The supply-chain warnings that everyone has heard — along with the already empty shelves in some stores — also may add to resale’s appeal this year. As Mr. Cohen from NPD put it, “You might not have gone to a resale site or a thrift store or some kind of secondhand opportunity, but if you really want a desired bag, you may have to find that as your resource.”