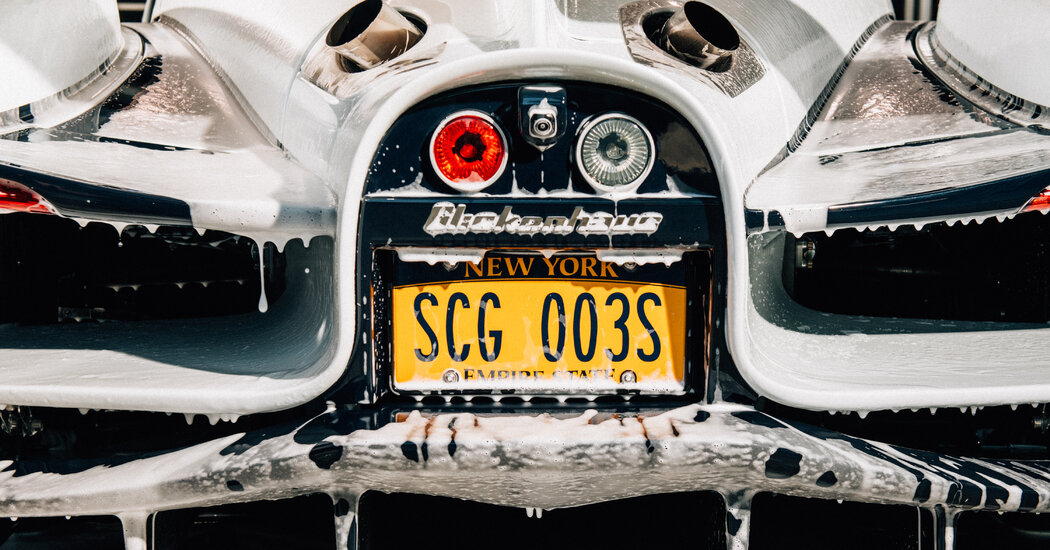 “I have this weird sickness that I only see what’s wrong with things,” he said. “Blemishes pop out at me violently. My clients tell me, ‘You’re insane. And I’m willing to pay for that insanity.’”

Mr. Kosilla grew up in Rye, N.Y., the son of a fireman and a teacher’s aide, and even as a child, he liked to clean. “At 6, I took a bucket of water and washed my little trike,” he said. “Vacuuming is the most therapeutic thing in the world. If I’m struggling with a problem, I go outside and wash my car.”

Tall, lean and athletic in high school, Mr. Kosilla received a scholarship to play hockey at Rye Country Day, a private school. There, he met classmates from wealthier families and acquired his first car, a 1989 Mustang LX.

“That car was freedom,” Mr. Kosilla said, adding that after it was dinged in the school parking lot, he put safety cones around it.

Believing he should become a white-collar professional like his classmates’ fathers, he attended the University of Virginia and went to work on the floor of the New York Mercantile Exchange in Lower Manhattan. He assumed you showed up for the job you hated in order to afford the thing you loved — in his case, luxury sports cars. But after a year, he was so miserable he quit.

Mr. Kosilla took a low-paying job maintaining cars at the Cooper Classics Collection, a vintage automobile dealer in Greenwich Village. Then, in 2005, with money he’d saved from his finance job and borrowed from his mother, he opened a carwash in Harrison, N.Y., with two friends.