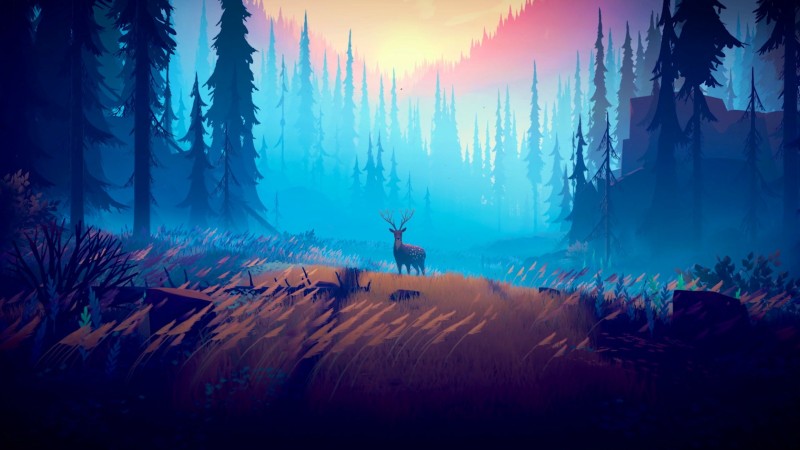 After spending years in Early Access, the beautiful survival game Among Trees is ready for prime time. Developer FJRD Interactive announced today that the game will officially launch on November 10 for PC.

Among Trees was first revealed during The Game Awards in 2018 and launched in Early Access in June 2020. Set in a scenic, living forest, your task is to gather materials and food to survive. You’ll chop down trees to build a cabin, which you can upgrade by adding new rooms to unlock cooking, crafting, sewing, and gardening. Speaking of that last mechanic, you can construct an entire greenhouse to grow food to consume raw or use as ingredients for recipes. You can also build a hydration system and even a brewery.

The gorgeous world includes forests and caves. As peaceful as it looks, it’s not without its dangers. Predators such as bears roam its landscape, which you’ll need to avoid to prevent a The Revenant situation. If that’s too much excitement for your blood, a peaceful Zen mode allows you to enjoy Among Trees’ laid-back vibe without killer animals breathing down your neck. On the friendlier side, you can adopt and train a fox companion to help you locate valuable resources.

FJRD says it plans to continue bug fixing throughout the year. Other than that, don’t expect any new significant features or content. After spending five years working on Among Trees, the team is excited for it to go 1.0 and begin transitioning to other projects.

Among Trees will be available on Steam and the Epic Games Store for $14.99.