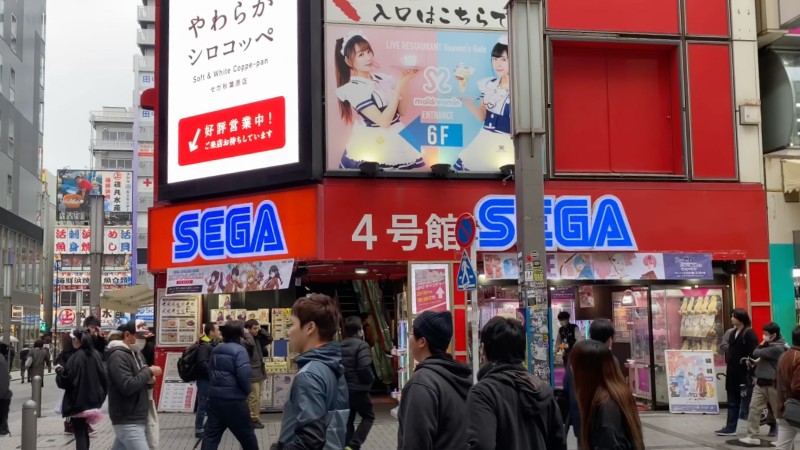 If you’ve been paying attention to Sega for the last couple of years, then you likely know that it has been slowly shuttering its massive Japan-based arcade centers. Now, Sega has announced that it is leaving the business of arcades entirely, ending a 50-year era defined by claw machines, fighters, and more.

This news comes by way of Destructoid, which translated a statement released by Sega this morning. In it, the company reveals that it intends to sell the remaining 14.9% of shares it holds within its arcade division to another company named Genda Inc., which Destructoid reports is the same company that Sega has been selling its arcade centers to over the last few years.

“Sega stores across the country will be switching their store names to GiGO, to express our gratitude for Sega’s 56 years of history and our desire to be an oasis that quenches people’s thirst for real entertainment,” Genda chairman Hisashi Kataoka said in regards to the news, according to Video Games Chronicle. “We will start with Ikebukuro, Akihabara, and Shinjuku. Then to the whole country.”

The Sega branding on standing arcade centers will begin to be replaced by GiGO Entertainment branding. While Sega is leaving the business of owning and running arcade centers, don’t expect to see Sega arcade machines disappear. Destructoid reports that Sega still intends to produce arcade machines for worldwide distribution – you just won’t see them inside a large building with a massive Sega sign on it anymore.

Of course, Sega is still in the business of making games, too, and this year, we’re expecting a new game starring everyone’s favorite blue blur in Sonic Frontiers. Check out the latest Sonic Frontiers trailer for a look at its open world and then read about how Sonic Frontiers was originally going to release in 2021 for the series’ 30th anniversary.

Do you have a favorite Sega arcade game? Let us know what it is in the comments below!