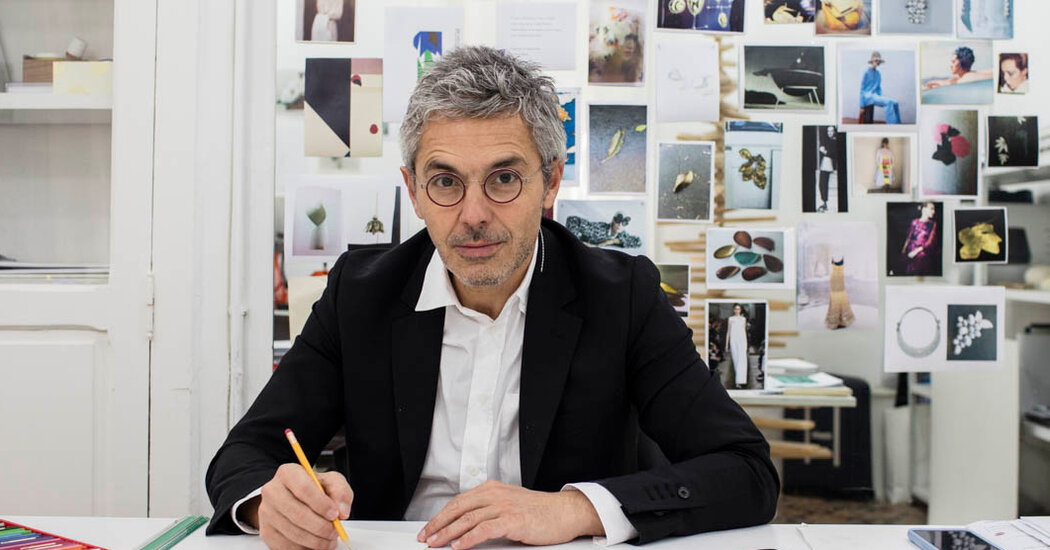 That kind of international appeal has helped it weather the aftereffects of the political unrest in late 2019, the Beirut port explosion in August 2020 and a currency devaluation of more than 90 percent.

“We are surviving,” Mr. Mouzannar said. “I’m not complaining on this side. Only the main thing that we’re complaining about is the ghost of insecurity, of violence.”

The longstanding foreign appeal of brands like Mr. Mouzannar’s has become a lifeline in recent years. (Another is the designer Elie Saab, whose work has become an international red carpet mainstay.) “They can do well because the revenues of these companies are basically export revenues, and it allows them to sustain the business,” said Christina Chehade, managing director of Endeavor Lebanon, which helps entrepreneurs expand their businesses. “But if you’re only relying on Lebanon as a market today, with the crisis we’re presently in, then it’s very difficult to survive.”

Mr. Mouzannar said that, although the brand’s domestic sales fell around 35 percent over the past 12 months, overseas sales increased around 20 percent during the same period. Like many high-ticket goods and services that are sold in Lebanon, Mr. Mouzannar prices his items in U.S. dollars instead of Lebanese pounds, even in Beirut. That helps in the purchasing of raw materials like gems and gold as well as other operating costs and profits.

Mr. Mouzannar, 58, introduced his first collection in 1993, but began working with jewelry around age 10, during school vacations, at his father’s jewelry store in Beirut’s jewelry souk. He worked with an uncle, too, who bought and sold vintage pieces. Through those experiences, he said, he began to “understand what is behind the jewel” and, when looking at a piece of jewelry, to get to know “the difference between a nice one or a badly made one.”

Continuing his family’s tradition of working with jewelry — Mr. Mouzannar’s paternal grandfather and great-grandfather were jewelers, too — is quite common in Beirut: brands like Boghossian Jewels have a similar history. Mr. Mouzannar began pursuing his career in earnest when he was 17 by enrolling at the Institut National de Gemmologie Paris, where he earned a degree in gemology in 1984. “Paris polished me like I can polish a precious stone,” he said.