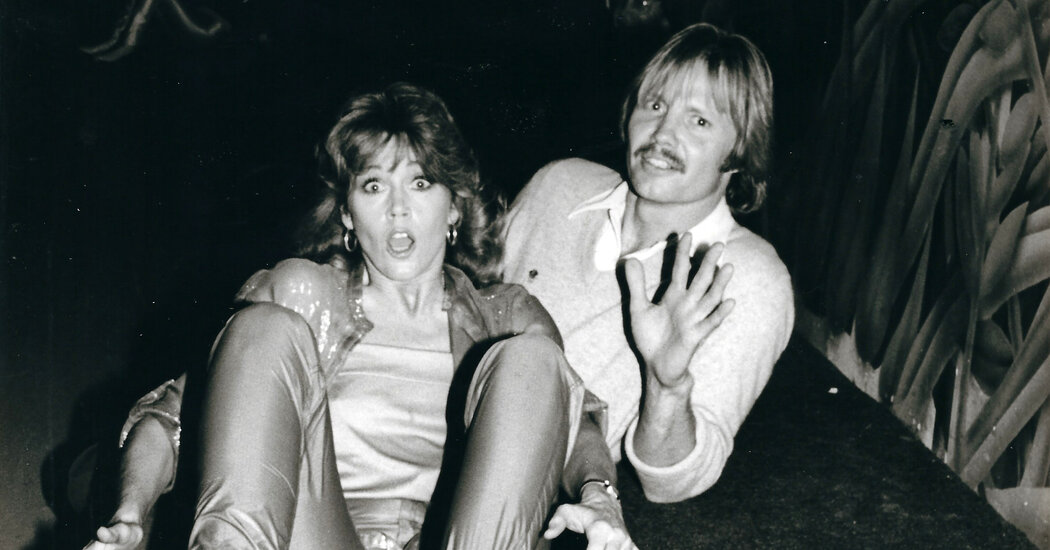 Set in what had been a mammoth bowling alley at the grubby intersection of Santa Monica and La Cienega Boulevards, the rink cost roughly a million dollars in 1979 to build and decorate, money supplied by Mr. Ross’s two business partners (one of them, Denny Cordell, was the English record producer who started Shelter Records) augmented with a last-minute infusion from Berry Gordy Jr., the founder of Motown. The rink was unlike anything else in the city, its interiors a continuous mural created by John Kosh, a graphic artist who across his career would design more than 1,000 album covers, although none more iconic than one early effort: the Beatles’s “Abbey Road.”

“I wanted the place to have an old Hollywood feel,” Mr. Kosh said by phone from Los Angeles. “It was a magic cave with skaters whizzing around crashing into each other. The floor of the rink was poured in deep blue polyurethane to make it seem as though skaters were skimming the surface of a lagoon. I said, ‘Let’s just go crazy and have Carmen Mirandas bananas flying all over the ceiling.’”

For opening night, Mr. Ross imported 24 members of the house skate crew at Empire Roller Disco, a group whose moves on the floor were considered unsurpassed. They were resplendent in gold lamé, high-waist stretch pants, turbans and beaded braids and cornrows, Ms. Ross said.

It was wonderful, incredible, unbeatable, Mr. Ross recalled remarking to a friend, who replied that it would be only downhill from there.

‘What Was It About Flipper’s?’

And it would, although for 36 months — roughly the same life span as another memorable club, Studio 54 — Flipper’s burned itself indelibly into the consciousness of habitués, entertained by a succession of surprises like a skater dressed in nothing but her stockings and quads, a Prince concert that featured the artist writhing on a purple bed in a G-string or the regular gigs by the Go-Go’s, who played on a stage in the middle of the rink.

“It was an awesome, awesome spot,” Nile Rodgers, the Grammy-winning musician and co-founder of Chic, said by telephone from London. Whenever he found himself in Los Angeles to perform or produce music for other artists, his nightly rounds of clubbing invariably began at Flippers, where he often arrived on his own eight wheels.