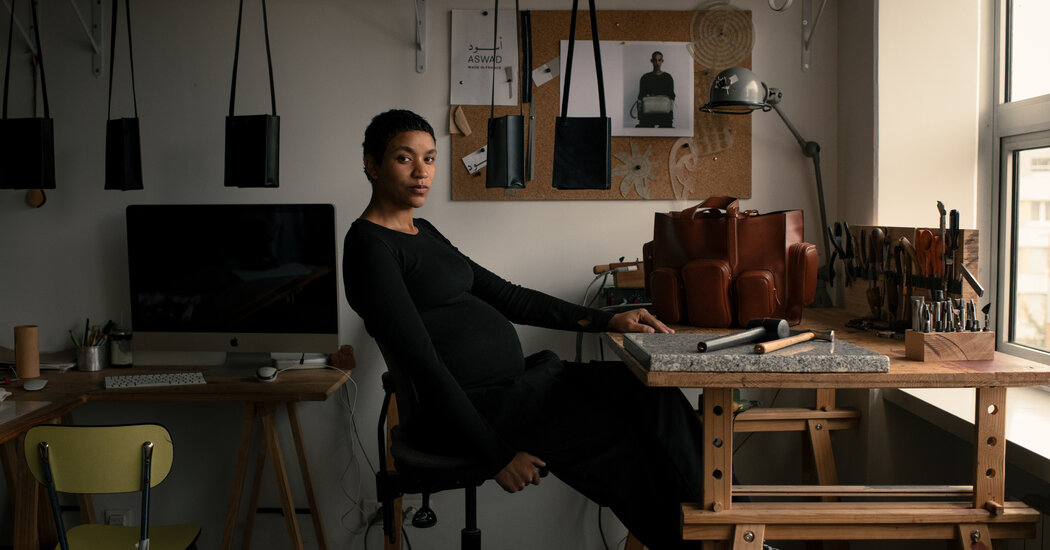 From the sleek totes and compact clutches of her debut collection, called Initiale, Ms. Ahmimou has gravitated toward more voluminous shapes, which she said recall the rectangular bag for a JVC camera that her family used to take on trips, and multipocket designs she likens to “mobile architecture,” worked in sunbaked tones of clay, olive and caramel leather.

“The colors are warm and cheerful,” she said. “I think it also reflects the changes in my own life, because now I can’t carry little bags anymore — I always need space for a bottle, a stuffed animal or a onesie.”

Ms. Ahmimou likened the Kemet collection to “a big house with lots of rooms.” But the name is also laden with symbolism, and duality. It means “black” in ancient Egyptian, she said, but it can be interpreted as either the dark, fertile sediment lining the banks of the Nile or as a reference to the African people of Ancient Egypt.

Aswad now is available at stores like Merci in Paris, Zero + Maria Cornejo in Los Angeles and Duro Olowu in London, but earlier this month, during fashion week, Ms. Ahmimou also welcomed a stream of visitors to her atelier. Her order books are full enough, she said, that she is starting to feel as though getting it all done will be a race against the clock.

But most of all, Ms. Ahmimou said, she has been gratified by the messages of support she has received from other artisans.

“Aswad is me, it’s my history,” she said. “I just hope that our increased visibility will give others, especially those with roots elsewhere, the hope and strength to succeed, no matter how impossible it seems.”