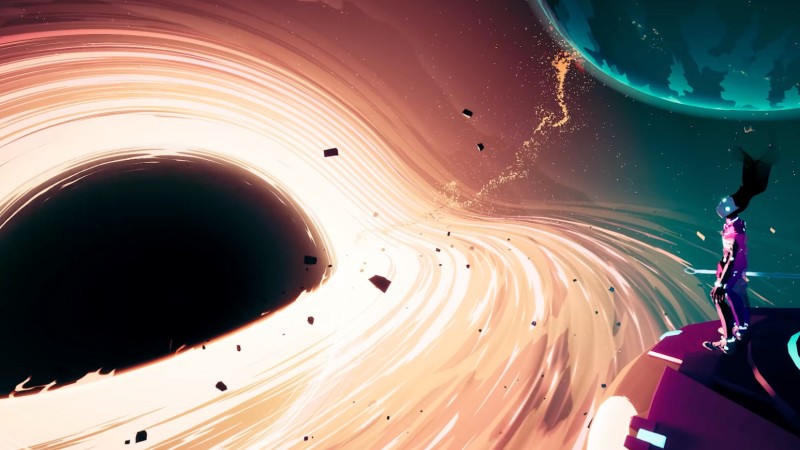 Solar Ash is due out tomorrow, December 2, on PlayStation 5, PlayStation 4, and PC, and what better way to build the hype than with a new launch trailer.

Heart Machine just released the launch trailer for Solar Ash today and if you’ve been keeping up with this game since its announcement back in 2020, then you already know this trailer features beautiful art and sound, and of course, extremely memorable locales. These locations not only feature stunning imagery in art but massive colossus-like creatures that fill the space and provide on-the-go platforms for Solar Ash’s main protagonist, Rei.

As you can see in the trailer above, a spooky narrator warns that “you can’t save anyone, even yourself,” in an ominous voice that’s present throughout.

If you’re unfamiliar with Solar Ash, it’s the latest game from Heart Machine, the developer behind Hyper Light Drifter. It’s being published by Annapurna Interactive, which often means you’re in for a treat of a game. In it, you control Rei, a spacefaring spelunker who explores alien planets for resources, artifacts, and more while traversing environments through rollerskating-like mechanics. Rei’s world then becomes threatened by a massive black hole known as the Ultra Void (which you can see in the trailer) which she must make her way through it in order to save all that she knows.

Solar Ash was originally due out October 26, but it was delayed to December 2 to give Heart Machine more time to polish the game and squash bugs. While waiting for tomorrow, check out Game Informer’s interview with some of the Solar Ash developers and then watch this trailer first shown during E3 2021.

Are you picking up Solar Ash tomorrow? Let us know in the comments below!