Nintendo has revealed that Sora is the final fighter joining the roster of Super Smash Bros. Ultimate.

This news was announced today as part of the final Sakurai Presents, and the reveal came as a major surprise, but not because fans didn’t want Sora. In fact, Smash. Bros. Ultimate director Masahiro Sakurai revealed that Sora has been the most requested fighter to date.

When Nintendo sent out the Super Smash Bros. fan roster request survey back in the 3DS and Wii U Smash days, Sora was the fighter fans wanted the most. It took six years, but the day is finally here: Sora is now a fighter in Super Smash Bros. Ultimate. 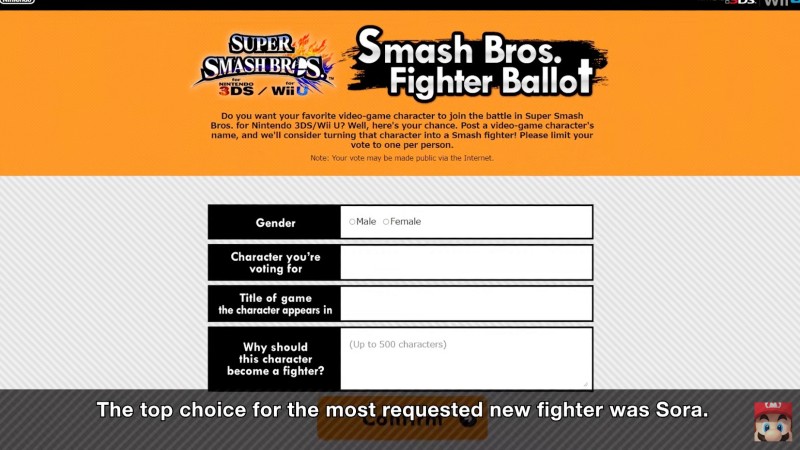 He’ll be available for purchase on October 18, the same day the game’s three new Mii Fighter costumes become available. Like previously-released fighters, Sora can be purchased individually for $5.99 or as part of the Super Smash Bros. Ultimate Fighter Pass Vol. 2, which costs $29.99. 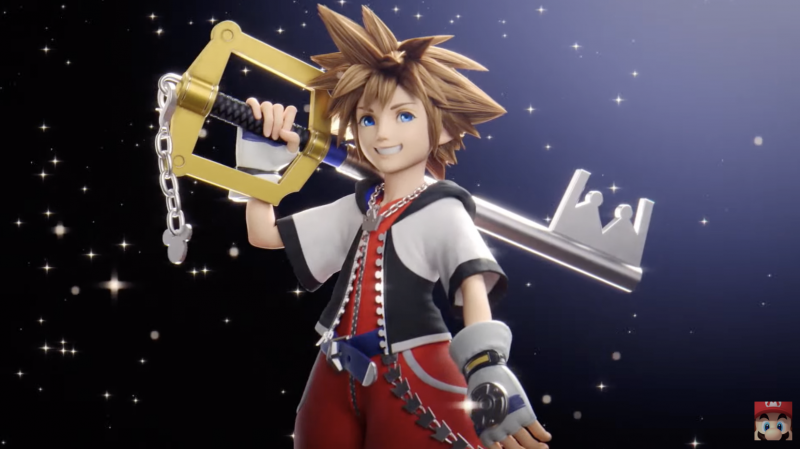 In terms of how Sora plays, if you’re familiar with the Kingdom Hearts franchise, you’ve already got a good idea of what to expect. Much like in the Kingdom Hearts series, Sora will fight primarily with his Keyblade, although he can use magic moves such as Thundaga and Firaga as well.

Sora can heal himself with Curaga too, and fans of the series may recognize his Sonic Blade move that can be used as a horizontal attack or a way to recover. He can use an Aerial Sweep to recover upwards as well. Check out the full Sakurai Presents for more information about Sora’s playstyle.

Sakurai also revealed the new Kingdom Hearts stage, Hollow Bastion, the home of Maleficent, who is a central protagonist throughout the series. The stage also transforms into the Dive To The Heart form, which is reminiscent of the dark and brooding stained glass stages seen throughout the Kingdom Hearts franchise (think: the opening play area of the original Kingdom Hearts). 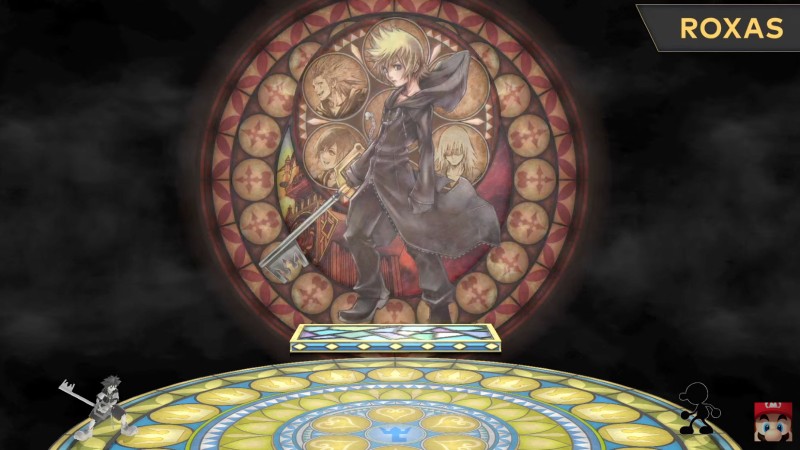