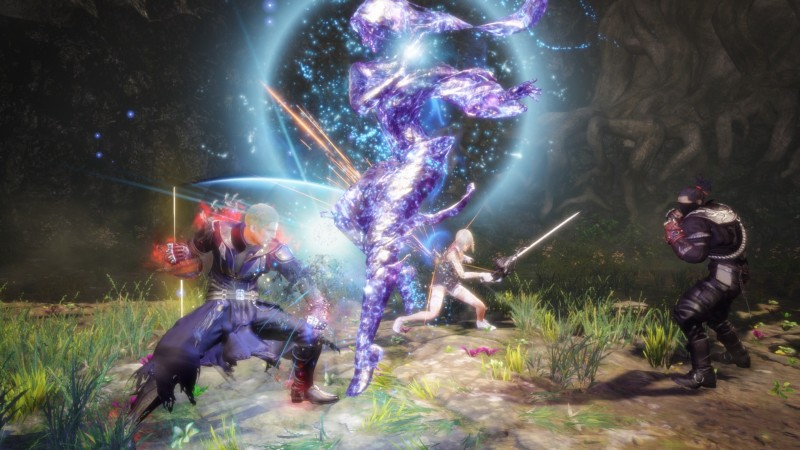 The new trailer shows off more the game’s action-heavy combat as Jack and his fellow warriors of light, Ash and Jed, are joined by a new party member named Neon. The foursome is on a journey to kill Chaos, employing a flashy moveset of melee and magic attacks to get the job done. Today’s trailer provided additional story teases and revealed some of the strange personalities you’ll encounter during your journey. One of them is a pirate. In addition to today’s video, Square Enix is planning a dedicated Stranger or Paradise livestream for October 2.

A new playable demo is available now for PS5 and Xbox Series X/S. Stranger of Paradise Final Fantasy Origin Trial Version 2 serves as an expansion of the first demo, adding a new stage and tossing Neon into the group. You can also sample an expanded roster of jobs and try out the game’s multiplayer for the first time. Trial Version 2 concludes on October 11. Hopefully, this demo has an easier launch than the last one did.

Stranger of Paradise Final Fantasy Origin is coming to PlayStation 5, Xbox Series X/S, PlayStation 4, Xbox One, and PC via the Epic Games Store. Those who purchase the PS4 version to play on PS5 will be treated to free visual and gameplay enhancements. By the same token, Xbox players can take advantage of Smart Delivery to automatically enjoy the optimal version of the game.

A Digital Deluxe Edition bundles a digital artbook, mini soundtrack, and Season Pass for three future DLC missions: Trials of the Dragon King, Wanderer of the Rift, and Different Future. Those who pre-order the Digital Standard or Digital Deluxe Edition can access the full game 72 hours before it launches. You’ll also gain the Braveheart and Rebellion weapons, the Lustrous Shield, and a PS4 theme.