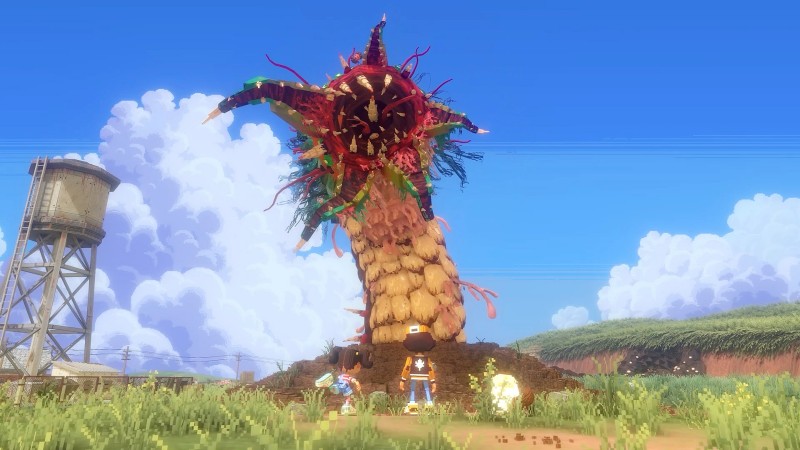 The role-playing supernatural adventure game Echo Generation is coming just in time for Halloween. The coming-of-age tale of two siblings investigating an alien encounter blasts off to Xbox consoles and PC on October 21.

We last saw Echo Generation during the 2020 Xbox Games Showcase, and it was later playable via a limited-time demo last December. Here’s a synopsis. You control Dylan, his little sister, and their friends and pets who spend the summer shooting their own alien movie. Life imitates art when an unknown object crashes into town’s cornfields, leading to a series of unfortunate and bizarre events unfolding across town. The adults don’t seem to notice, so it’s up to the kids to get to the bottom of what’s happening. With its nostalgic ‘80s/’90s vibe, it’s hard not to compare Echo Generation’s atmosphere to Stranger Things, though the game is much sillier. You fight raccoons wearing workout clothes!

Echo Generation is a traditional turn-based RPG with some commands requiring timed button presses in the vein of the Mario RPGs. You’re armed with weapons ranging from hockey sticks to laser pistols. The beautiful voxel art, cool monster designs, and equally quality lighting ups the game’s charm. Echo Generation is definitely a looker, and Series X players can enjoy it at 4K resolution and 60 fps.

Look for Echo Generation on Xbox Series X/S, Xbox One, and PC. It’s priced at $24.99 and launches day one on Xbox Game Pass.