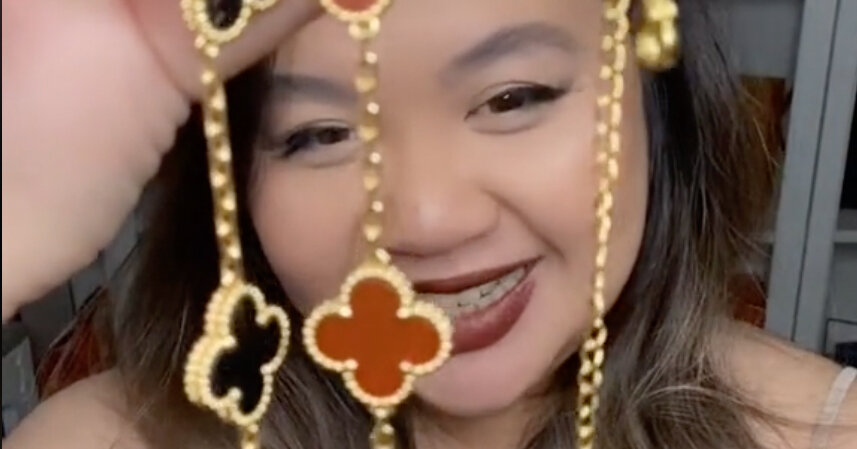 In August 2020, when Julie Dang, a 31-year-old psychiatric nurse practitioner in Houston, started a TikTok account to talk about her jewelry and luxury goods collection, she never expected that, a couple of years later, 21,500 people would watch her, as @jkimdee, shopping at the local Van Cleef & Arpels boutique for a Mother’s Day gift.

But those are the kinds of numbers that TikTok, the world’s most successful video-sharing app, has said it intends to grow — in this case, to reach the next generation of potential jewelry lovers: the 18- to 24-year-old Gen Zers, who make up more than 40 percent of TikTok’s more than one billion users, according to the marketing data company Statista.

Browns, the London luxury retailer, has been noticing. “We often have Gen Z clients WhatsApp-ing their personal shoppers with screenshots of jewelry they have seen styled on TikTok, wanting to jump on to the latest trend,” Hollie Harding, a Browns buying manager whose job includes making jewelry selections, wrote in an email.

Teresa Sandeman, a 22-year-old student whose TikTok username is @13asandeman, said she searches the app before she buys jewelry. “People actually make videos saying, ‘This is good; this is bad; this is what happened when I wore it,’ et cetera — and it’s an actual person, and you can actually see them say it, so I trust it more,” she said during a video interview from her family home in Porto, Portugal.

Many TikTokers say they try to ensure their videos reflect such authenticity and personality.

Humor also works, or at least it has for Ms. Dang, who has tallied a total of 1.3 million likes on all her videos. “I’m sarcastic. And make a lot of jokes,” she said on a video call from the game room in her home, where she occasionally makes videos for her TikTok.

She has used her iPhone and a tripod to record good and bad shopping experiences, to share candid observations about her own jewelry (like the four-diamond, rose-gold Hermès Kelly bangle with a handbag-like clasp that “catches onto things”) and to review new collections (including Van Cleef & Arpels’s Zodiacs collection, which, she said, was “giving me gold chocolate-coin vibes”).

Making the right production choices for TikTok posts can be difficult, Ms. Dang said. Sometimes “the ones I put more effort into don’t get much traction, but the videos I found weren’t that interesting, people really like,” she said. “So I’m trying to figure out the algorithm.”

Julia Hackman Chafe, 23, said she has tried to blend a lively, informative approach with celebrity gossip in her @jewelswithjules videos. That is “what I like to talk about, as I only create content that I want to see,” she said during a video interview from her New York office.

Ms. Hackman Chafe is the social media manager and administrative assistant for Intercolor USA, her family’s colored-gemstone wholesale business; she set up her TikTok channel in October 2021 after she couldn’t find an influencer to work for the company.

While some of her videos tout Intercolor’s activities, others examine unrelated sparklers, like Drake’s diamond necklaces, or the Lorraine Schwartz jewelry that Blake Lively wore to the 2022 Met Gala. The jewelry, Ms. Hackman Chafe said, becomes “fun as a 30-second video that spits a bunch of facts at you with a fun background and pictures and is super interactive.”

But sifting through information and pictures to decide “what will perform well and what information people want or need to know” is more difficult than it might seem, she said, especially when it comes to deciding what length a given video should be: “Because when my videos get too long, people stop watching them.”

And monetizing posts can be difficult. Ms. Dang, for example, said she had earned only a total of $420 from the TikTok Creator Fund, available to influencers with at least 10,000 followers. “That’s not a significant income,” she said, noting that she has 37,600 followers and “videos that went viral,” with hundreds of thousands of views.

Kira Kirby, a 24-year-old public relations executive based in London, said she has been posting information about jewelry that people “don’t already know” on TikTok since December 2021, five months after she started her fashion and lifestyle channel, @kirakirbyy. (A couple of months later, she became an account executive at Grayling, a public relations agency whose office in Poland represents TikTok in that country; Ms. Kirby said her work has no connection with her TikTok posts.)

As of press time, Ms. Kirby had 16,900 followers and a total of 899,600 likes, plus a spotlight tab on her user page highlighting the jewelry videos, to help her followers find them more easily.

Ms. Kirby said her jewelry videos focus on her own collection. She sometimes talks about her wish list (which includes a skull ring from Polly Wales and a Bulgari Serpenti bracelet) and, other times, asks her viewers’ opinions about which necklace she should wear for a night out (her gold Tiffany Ball Pendant or a four-strand pearl choker). The videos are compilations of narration and photographs, set to music to “keep the audience interested.” She also always adds a question to viewers at the end of each video, “so people engage,” she said.

Most Gen Z tastes — and pocketbooks — don’t match the rarefied world of high jewelry. But Bebe Bakhshi, 39, intends to ensure viewers are at least aware of it, and of @Champagne_Gem, her TikTok username that she also uses for her jewelry retail website, Instagram feed and blog.

Her first TikTok video, posted in March 2021, introduced her gems. In other videos, she talks about trade shows, from GemGenève to Jewellery Arabia in Bahrain, “where you have more chance of seeing high jewelry” than you would on a visit to a boutique, she said during a video interview from her home office in Beaumaris, a suburb of Melbourne, Australia.

As for the future, Ms. Bakhshi and Ms. Hackman Chafe are expecting the Venice International Film Festival, scheduled to run from Wednesday to Sept. 10, to drive some content as, Ms. Bakhshi said, “all those amazing Italian jewelers will feature the best of the best on the celebrities, so that’s where you can see some of the most exceptional pieces of the year.” (Bulgari, Pomellato and Pasquale Bruni are among the Italian brands that have adorned celebrities for the festival, and Cartier, the Paris jewelry house, is one of the primary sponsors.)

Ms. Hackman Chafe, however, was anticipating the Venice festival showing of Netflix’s “Blonde,” “since it’s a movie creating lots of buzz,” she wrote in a later email.

“Celebrities I try to make TikToks on mostly wear diamonds,” she wrote. But Ana de Armas, who plays Marilyn Monroe in the biopic, has worn sapphires on the red carpet, so, she wrote, “I have a feeling she’ll really bring it with her jewelry, since ‘diamonds are a girl’s best friend’.”