This holiday season, maybe you’re traveling. Maybe you’re not. Maybe you’re going to be stuffing massive quantities of turkey into your craw, with handfuls of stuffing and cranberry gobbler sandwiches for weeks of high-quality leftovers. Perhaps you’re just hanging out with a can of carbonated water and a good video game. Whatever you’re doing, the holidays can be full of hustle and bustle, stress, good times, and everything else – so it might be time for an idle game. A game you can boot up, make a few decisions, and then either return to it five minutes later, five hours later, or even five days later. Good idlers, also known as “clickers” since the genre primarily began with games that took tons of tapping or clicking alongside idle economy and resource management, can be tough to find. This holiday season, I provide you with two excellent choices for your playing (or lack thereof). 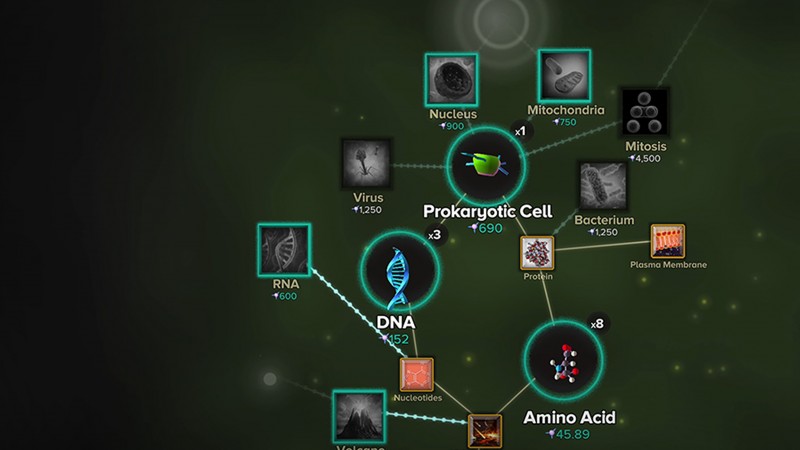 The first choice is an excellent one for those of us that love going to museums, TV programming about dinosaurs, and just learning about anything and everything. Edutainment, baby! Hop on to Cell to Singularity, available on Steam, mobile, and browser. You start as a single cell and evolve into the sprawling tree of evolution, complete with cool models and hot facts about mammals, dinosaurs, and human civilization. In addition to working on your core loop (yep, you do reset your progress from time to time for enormous bonuses as you continue to work on your “simulation”), you’ll unlock macro story beats and advance separately in several other side areas.

You build up a dinosaur evolution track separately that impacts what you can build in your core evolution, like birds, lizards, snakes, and other reptiles. You also get to work up a track of planets, constellations, and asteroid belts in the Beyond after you unlock that. Filled with all kinds of fun facts, adorable models of whales that swim around the environment, and more evolutionary critters than you can shake a DNA strand at, Cell to Singularity provides a deluge of enchanting edutainment. Even better if you can talk some of your nieces or nephews into it when they can’t put their iPads down over a family dinner! Go evolve! 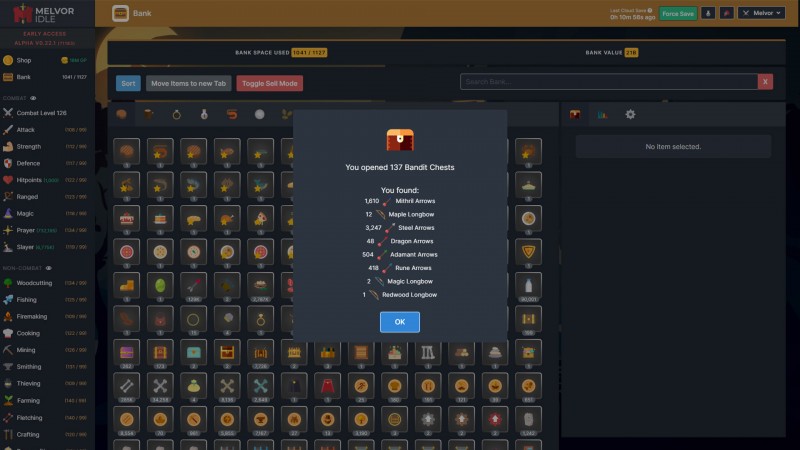 Runescape. Remember chopping trees and banging on rocks until your mouse broke? Imagine doing all that again but without actually having to move around a game world. Fish, chop trees, mine rocks, and slay dangerous monsters in Melvor Idle, which serves up a big RPG fantasy world in an idle package. You’re probably saying to yourself, “okay, but I can watch bars and numbers go up in any idle game – why Melvor?” Melvor has a ton of depth if you’re looking for it! Sure, you can set it and forget it and do whatever for hours and come back to a large resource yield, or you can play more actively, taking on unique monsters in real-time combat and exploring dungeons for rare drops.

Oodles of other pursuits feed into your core resource gathering, crafting, and battle mechanics, like studying the stars with astronomy for modular global passive boosts or training your agility on the obstacle course. Whether you want to cast spells, blast your foes with a bow, or wear a hefty suit of armor with a runed blade, your options are covered. Plant seeds at the farm to harvest food, alchemical wonders, and more. Cook up the perfect pie. Summon goblins, wolves, and other creatures to assist you in combat. There’s even a hardcore mode if you feel like putting it all on the line and having your character toasted for good if you die. And, bonus – there are no pay-to-win or pay-for-convenience features here. 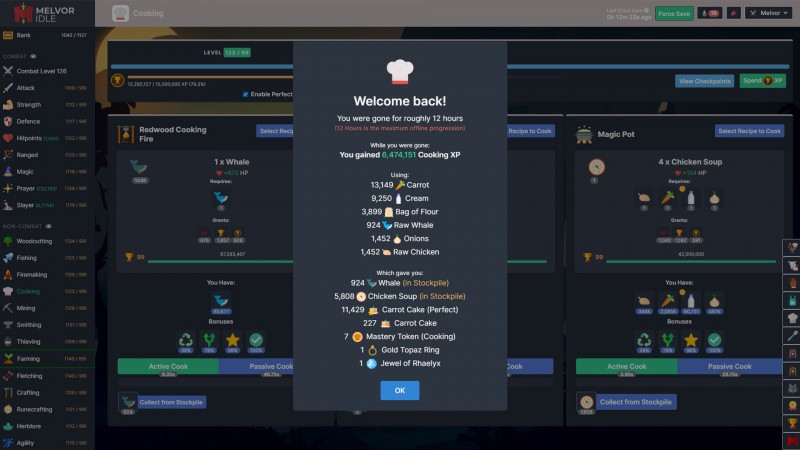 Whether you only have mere moments to check your phone or if you’re blasting through a few hours on PC, idlers have a place in a well-balanced gaming diet. Which idlers have your attention? Let us know in the comments!