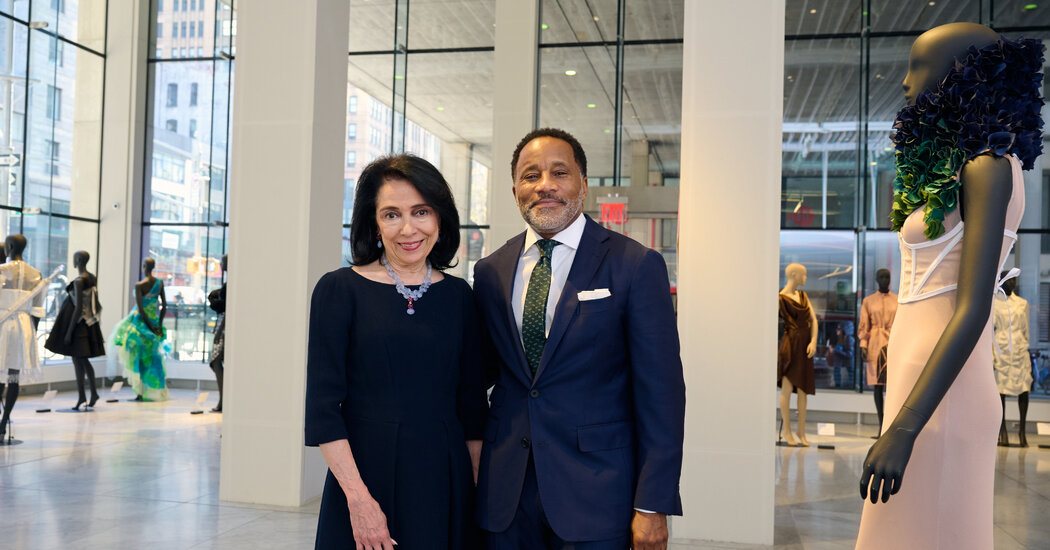 At the college level, there will be scholarships for students of color provided by Ralph Lauren, Prada, Carolina Herrera and Capri Holdings (owner of Versace, Michael Kors and Jimmy Choo), and also paid internships for the students with these companies.

Dr. Brown acknowledged that the first reaction of many companies to the racial reckoning, back in June 2020, was to “throw money” at the problem. They donated money to schools for scholarships but did not provide further opportunities for those students. Nor were they “really looking internally to see what they ought to be doing in their own companies,” she said.

F.I.T. also plans to offer career guidance after college, with programs for mentorship and management skill building, and to advocate promotion opportunities and develop executive training. Additionally, F.I.T. has promised “ongoing accountability” to track progress in the industry, an effort that has remained challenging in the aftermath of the fashion industry’s reckoning, as most companies still don’t disclose much diversity data.

According to the school, the Social Justice Center has received nearly $4 million in funding, including $1 million each from PVH Corp (the parent company of Calvin Klein, whose namesake is an F.I.T. alumnus, and Tommy Hilfiger), Tapestry, Inc. (Coach, Kate Spade) and Capri.

Jeffrey Tweedy, the former president and chief executive of Sean John and an adviser to the Social Justice Center, said he hopes a stronger link between F.I.T. and the corporate world will lead to “drastic changes.”

As an F.I.T. alumnus who studied men’s wear design and marketing, Mr. Tweedy said he rarely saw other students or faculty of color and has over the years seen firsthand fashion’s tendency to treat racial progress as a trend.

“I want to make this a permanent movement and not fall back to the patterns that we’ve succumbed to in the past,” Mr. Tweedy said. For him, such a program “could have opened the doors quicker.”